While in the US, we flew back to Kansas City for a few days visiting family, then drove to Omaha for two nights to visit Andy and Sugi, whose wedding we had just attended in Maui. To make the trip even more fun, we brought my six- and nine-year old nieces along. The main event: ride one of Sugi’s mother’s horses. 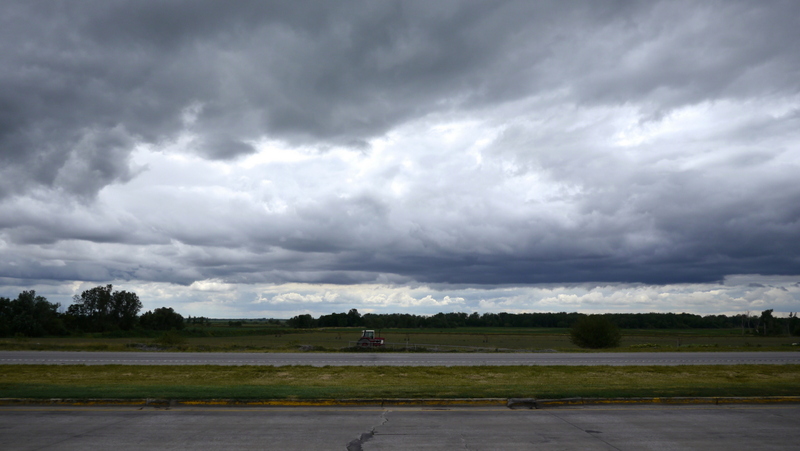 On the three-hour drive north to Omaha, we skirted around a rather imposing storm front, managing to stay dry most of the way. The first evening at Andy and Sugi’s house was a bit of a challenge as the girls were supposed to share a bed but the younger one takes a long time to fall asleep. Her older sister couldn’t take it, so decamped to our bedroom, where we set up a comforter, blanket, and pillow on the floor. 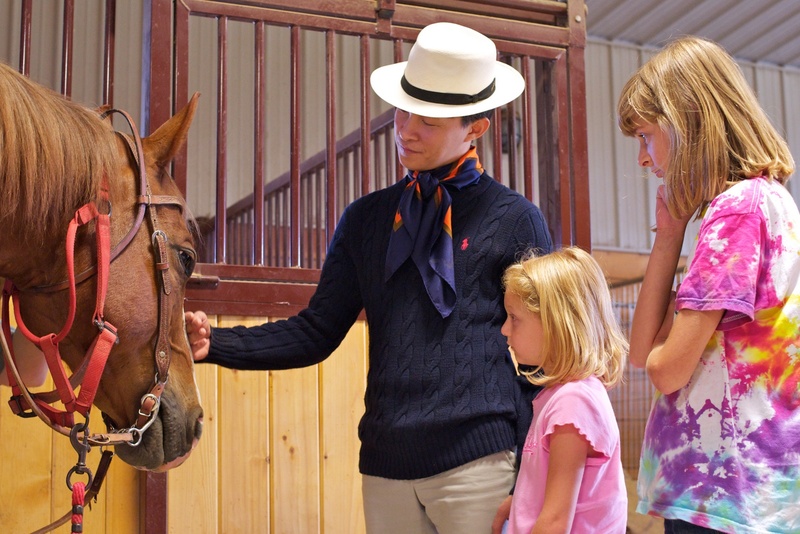 The next day, we headed to Sugi’s parent’s house outside of the city. Sugi’s mother has three horses, one of which is very gentle and perfect for children to ride. When we first came into the barn, I think the girls were a bit apprehensive. The older one, Emily, is a little more reticent than her sister, Ava. (Photo courtesy of Andy.) 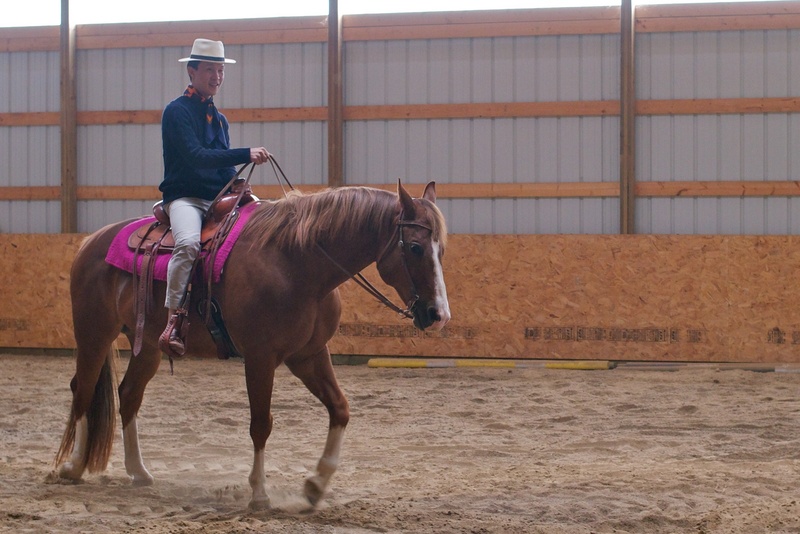 We each took turns saddling up and riding for a little bit, first in the indoor riding area and then outdoors. (Photo courtesy of Andy.) 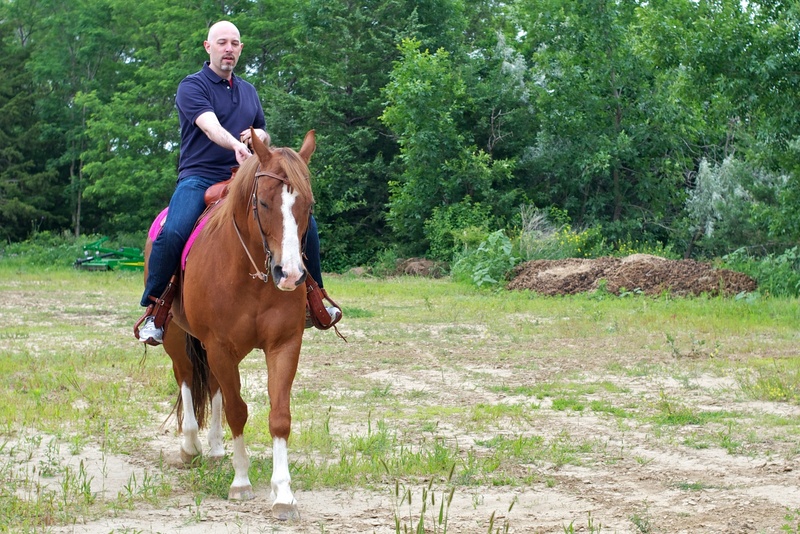 Don’t I look like an old pro? (Photo courtesy of Andy.) 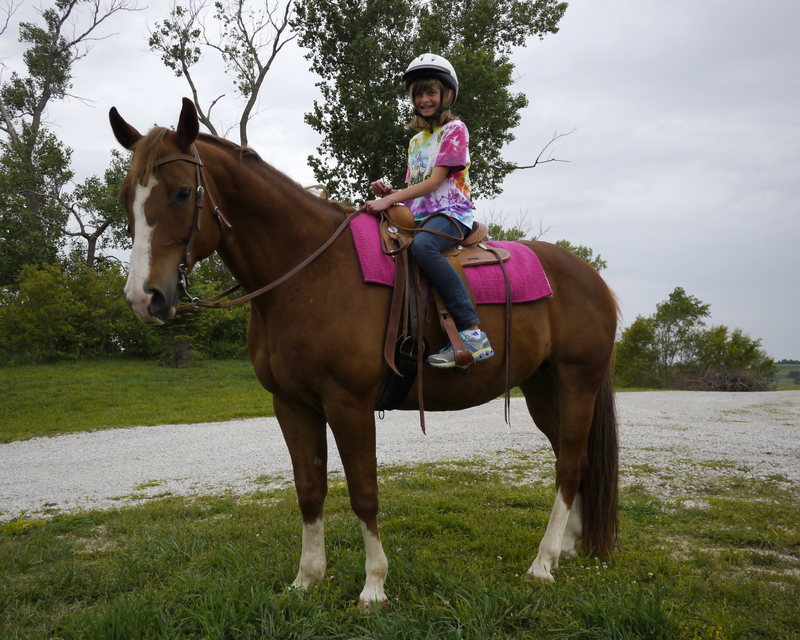 We had the girls wear a helmet for safety’s sake. Their reactions to the horses were interesting to watch. 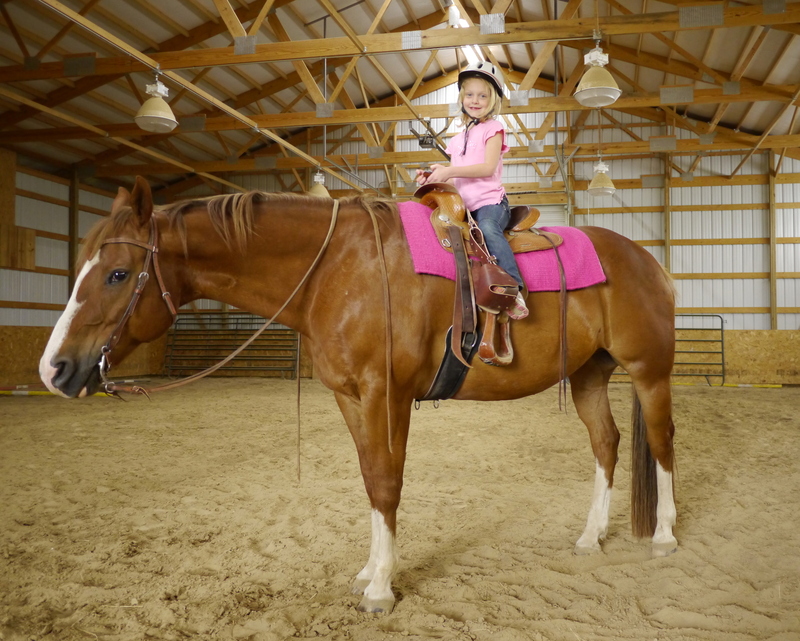 If you aren’t familiar with horses, I can understand how you would be a little in awe of them. They’re awful large, especially when you are a child. 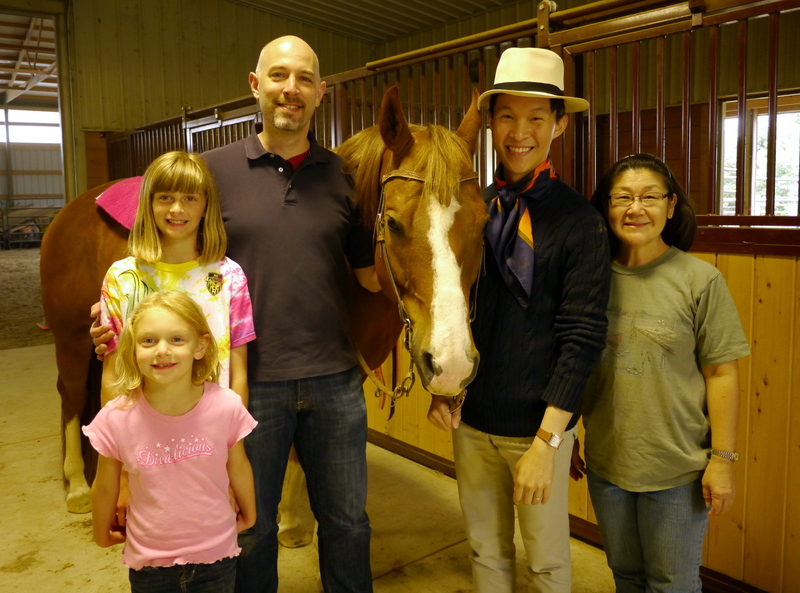 We pose with our ride and Sugi’s mother, Myra. Many thanks to her and her husband Mike for their hospitality. The girls had a great time and helped brush the horse after the ride. 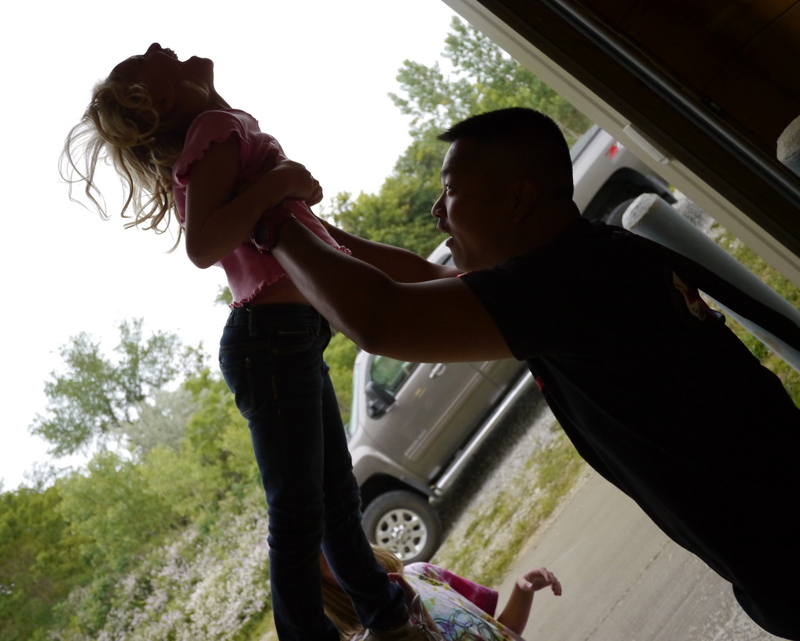 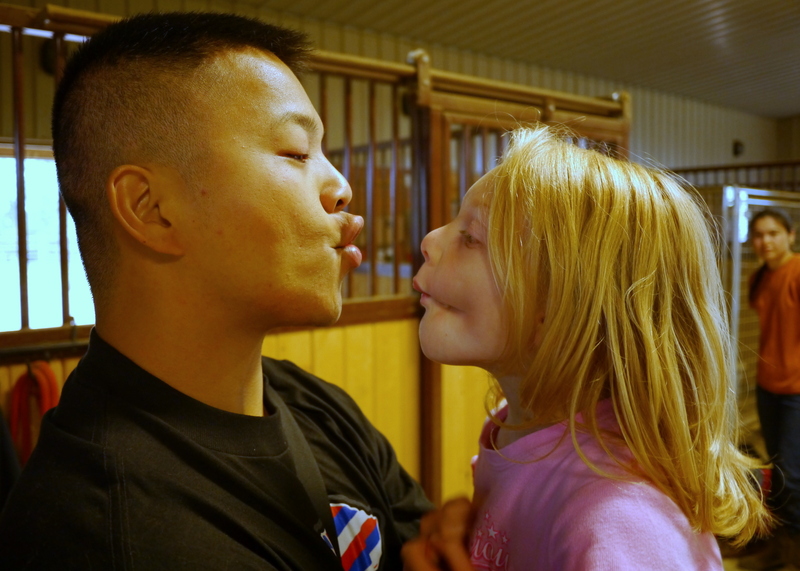 Andy and Ava seemed to be the perfect foil for each other. 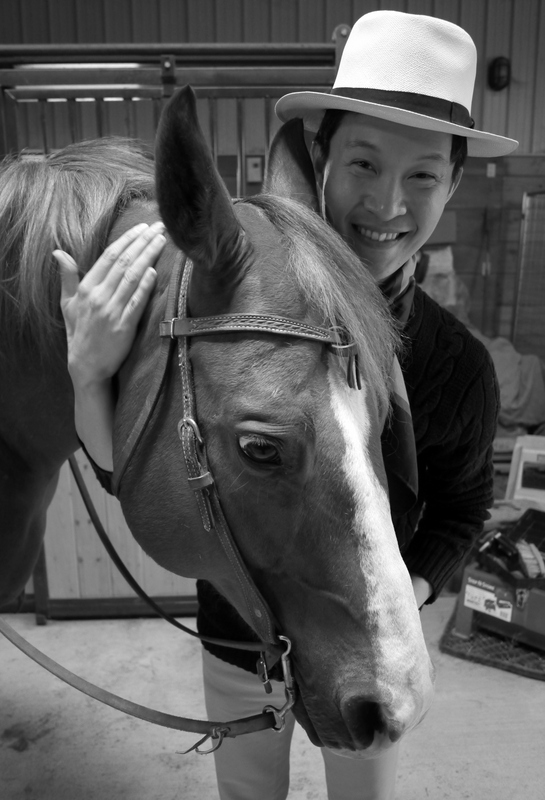 We stayed for dinner at Myra and Mike’s house, which was a mixture of foods (including grilled items!) that included several things that spoke to Myra’s heritage growing up in a Japanese-American household on Hawaii. There were a few dishes that the girls were unfamiliar with, but for the most part they gamely gave everything a try. 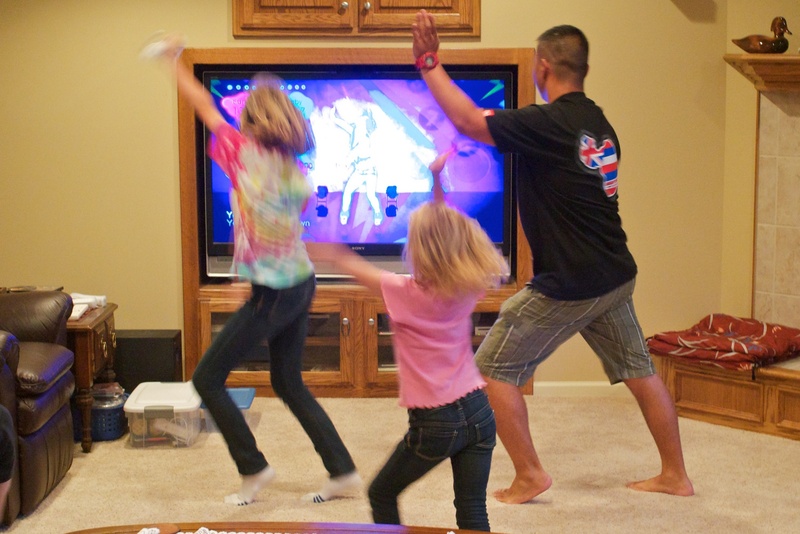 After dinner, it was some time for Dance Nation! 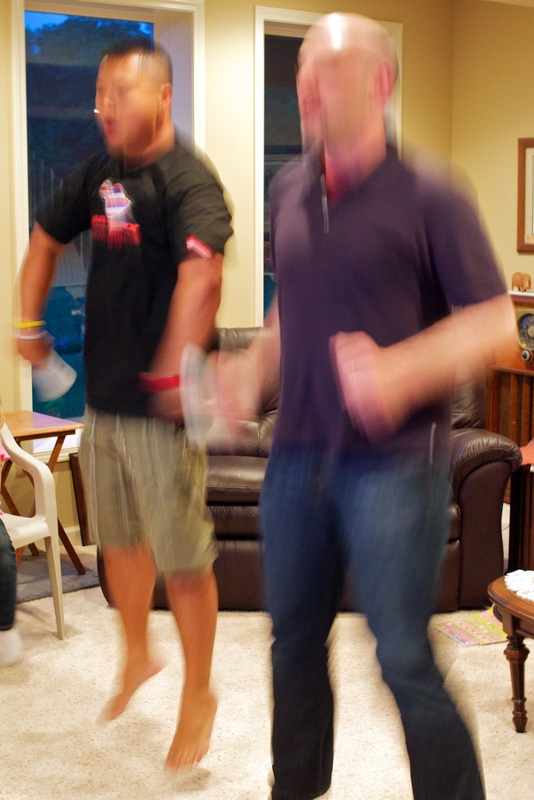 You can probably guess which song Andy and I were dancing to. 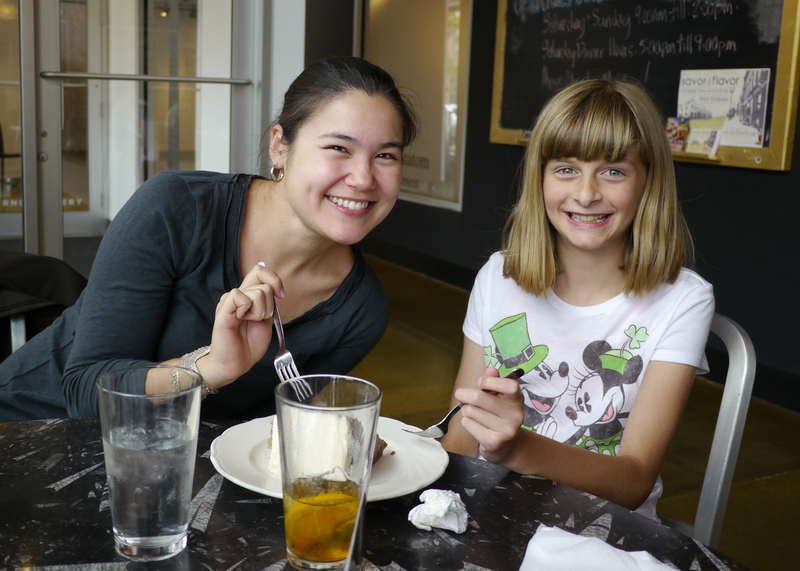 Sugi and Emily share some dessert at brunch the following morning. 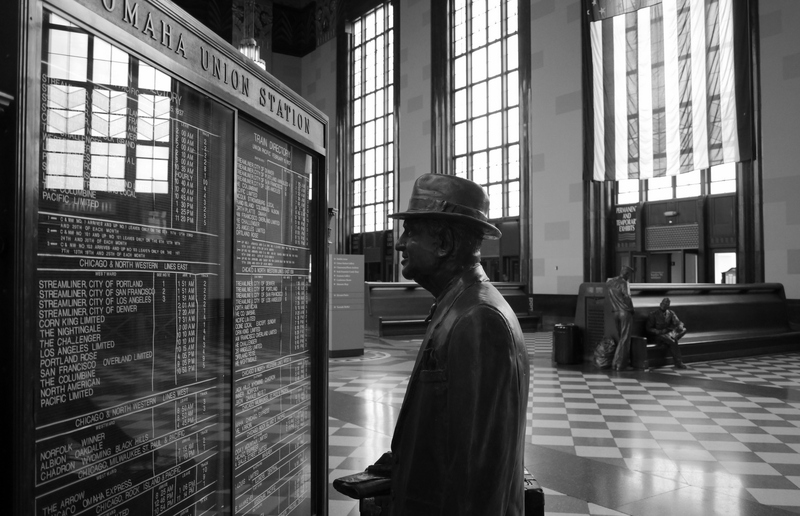 After brunch, we went to the old Union Station in downtown Omaha, home of the Durham Museum, a science and technology museum geared towards children. The station’s lobby has wonderful period sculptures, including this businessman reading the train schedule. 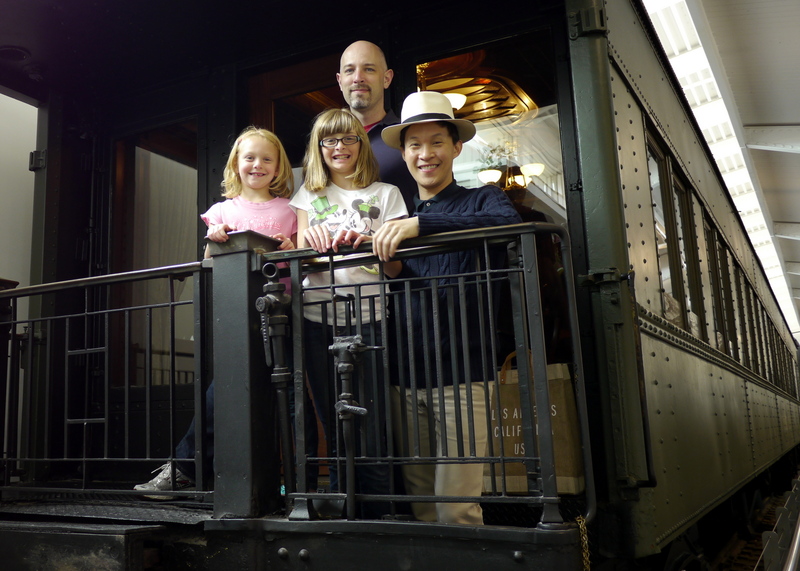 Downstairs at the station, there are several refurbished train cars you can walk through, to give you a sense of what life was like on the Union Pacific line back in the day. 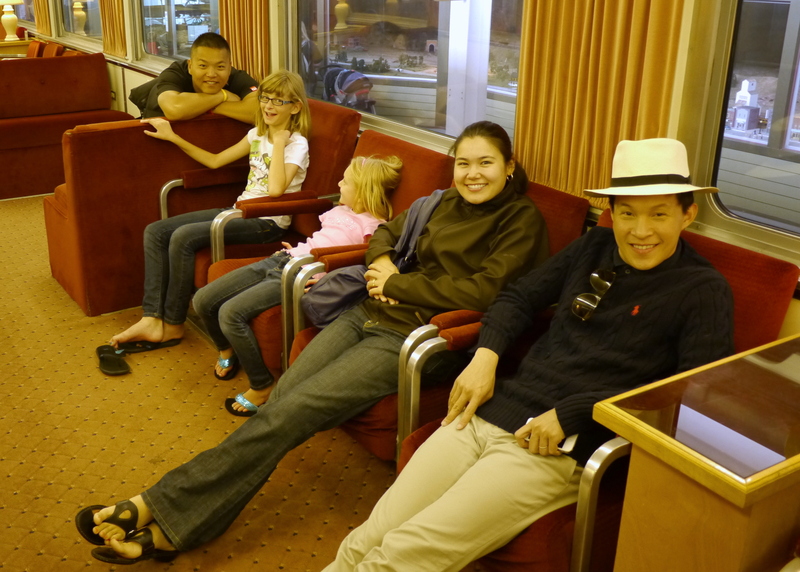 Everyone enjoyed hanging out in the lounge car. 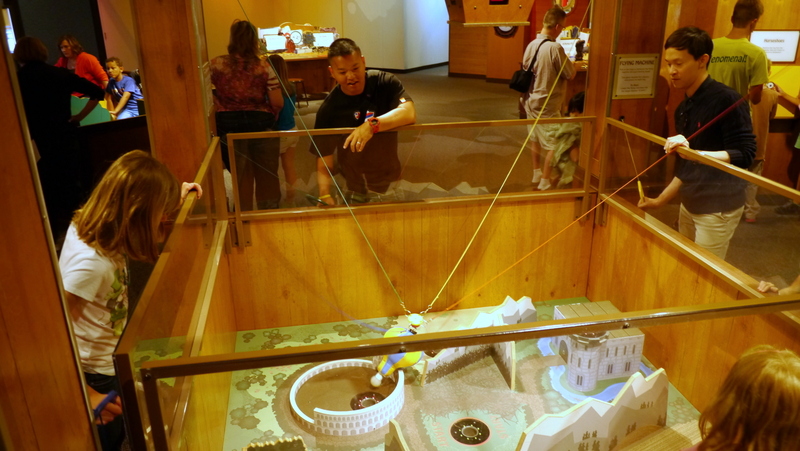 In the science part of the museum, we enjoyed an exhibit about puzzles. This one involved four people working together to raise and lower a “hot air balloon” to land on targets on the landscape. Each person controlled a rope that was attached to one of the four sides of the balloon. It took a lot of cooperations, communication, and coordination in order to land on the targets. 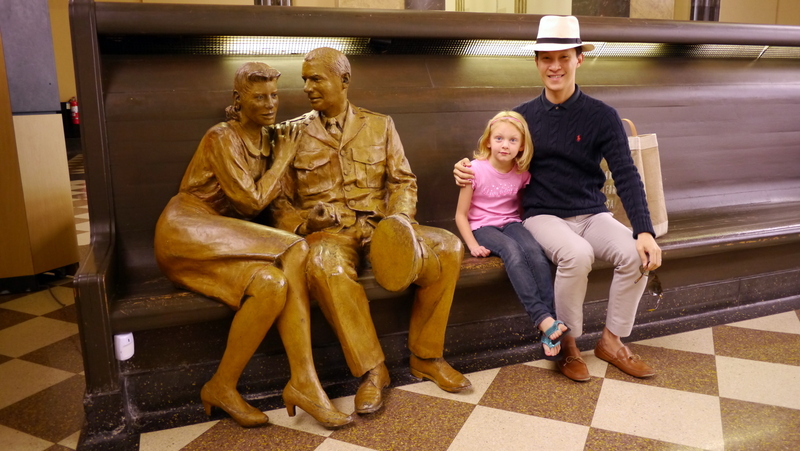 Ava and Uncle Tawn pose next to a sculpture of a soldier and his sweetheart waiting for a train to depart. 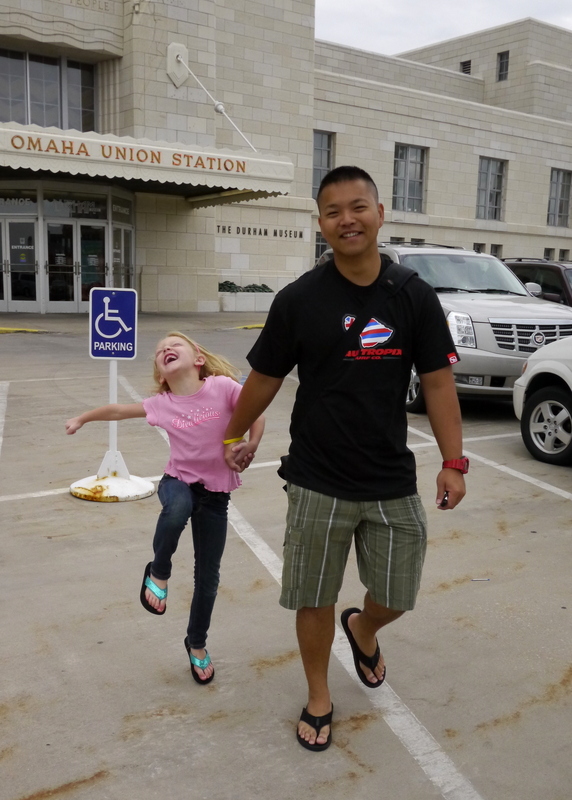 Ava and Andy got along quite animatedly. 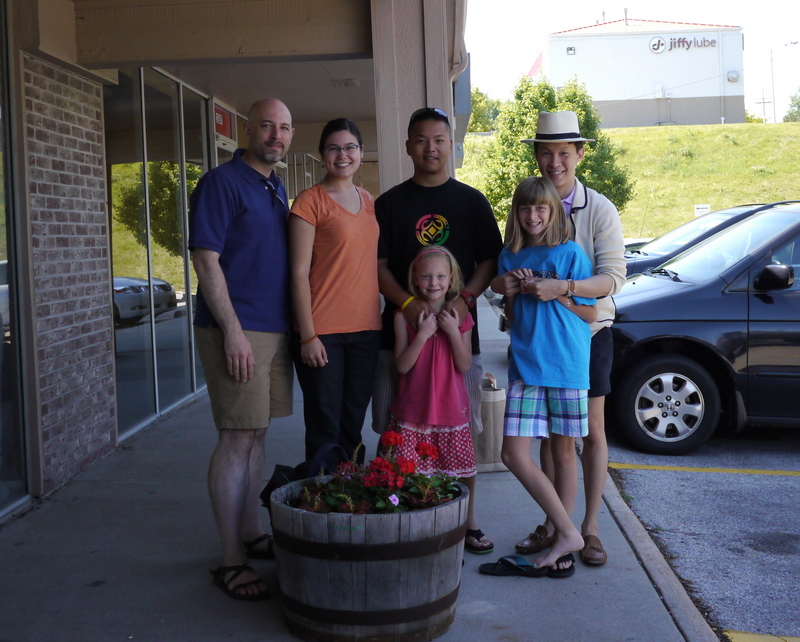 It was a fantastic two days in Omaha and I hope Andy and Sugi weren’t too overwhelmed by our nieces!

0 thoughts on “Horsing Around in Omaha”