While in SF, I had the opportunity to meet up with a trio of Xangans (two of whom are AWOL from the site – ahem!) for dinner at Zarzuela, a Spanish restaurant on Russian Hill. The conversation was excellent and the food very good. 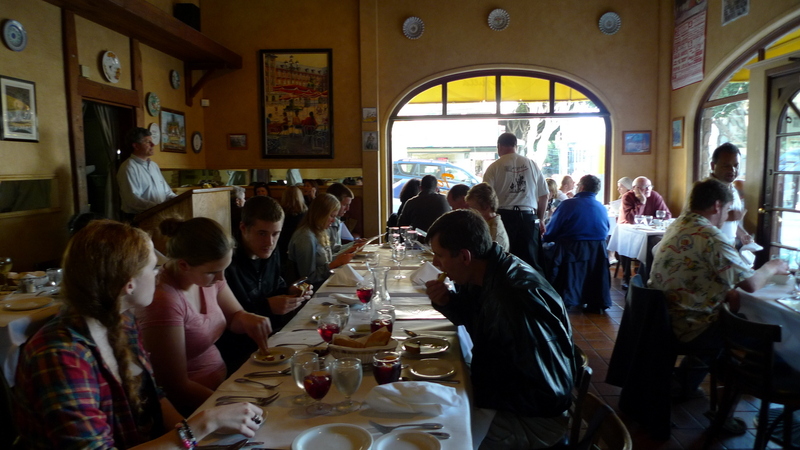 Located on the corner of Union and Hyde Streets, the cable cars climb the hill outside Zarzuela’s front door. The room is cozy and the service friendly. 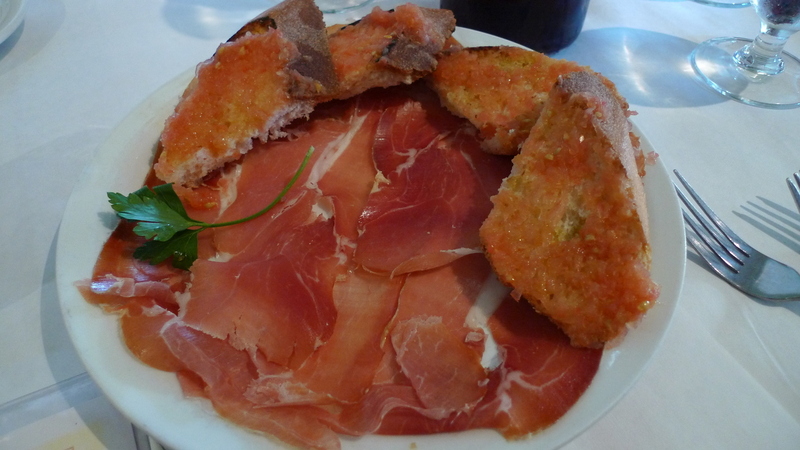 Jamon Serrano con Pan e Tomate – Serrano ham with toasted bread and tomato sauce. The ham was tasty, the bread was nice, the tomato sauce was weak and watery. 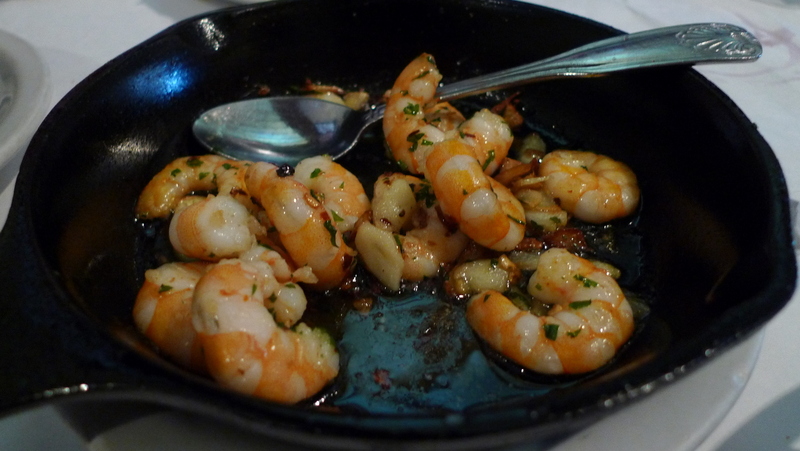 Gambas Ajillo – shrimp sauteed with garlic and olive oil. Very tasty but the portion was very small – this was the entire serving before any of us helped ourselves. 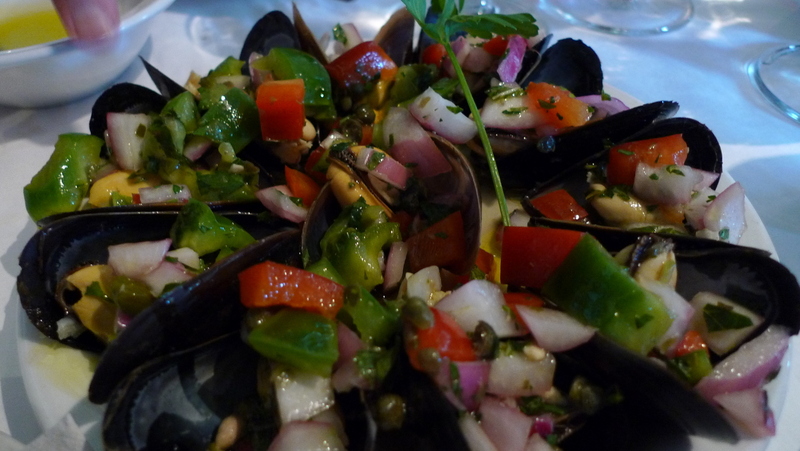 Mejillones Vinagretta – A specialty is the cold mussels served with chopped veggies and a sherry vinaigrette. Cold mussels seem less common than warm ones, but this dish is a good argument why cold mussels should be more comon. 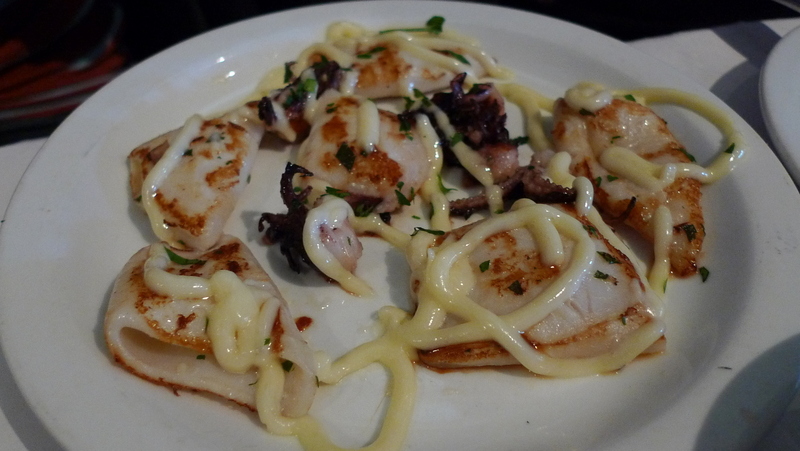 Calamares a la Plancha con Aioli – Grilled calamari shells with a garlic mayonnaise sauce. The taste was fine but the presentation was awful. It looks like a three-year old just squiggled some mayo on top with a squeeze bottle. 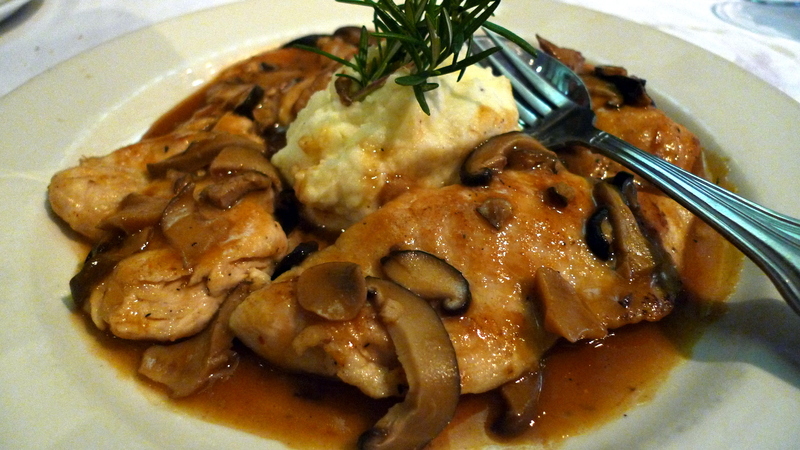 Pollo con Setas – Sauteed chicken with mixed mushrooms and sherry wine sauce. This was tasty but not particularlly inspiring. 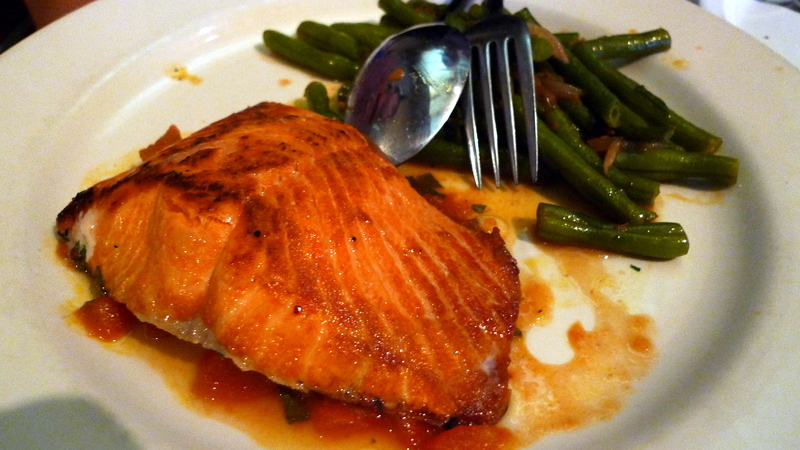 Pescado del Dia – Fish of the day, in this case salmon, served with a red tomato sauce and a side of green beans. Again, tasty but not very inspired. The type of dish that I feel most home cooks could easily create, which makes me wonder why I’m going to a restaurant to eat it. 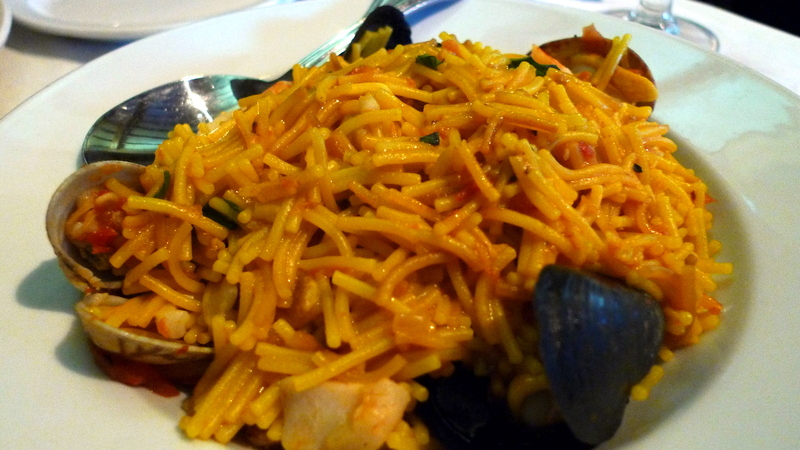 Fideos con Marisco – Vermicelli and seafood tossed with white wine and saffron. This had a bit of a “boxed mac and cheese” quality to it. Again, tasty food but not very refined. Having not been to Spain, perhaps you can argue that the food there is rustic but for a restaurant in San Francisco, I’m expecting a little sophistication for $14.95. 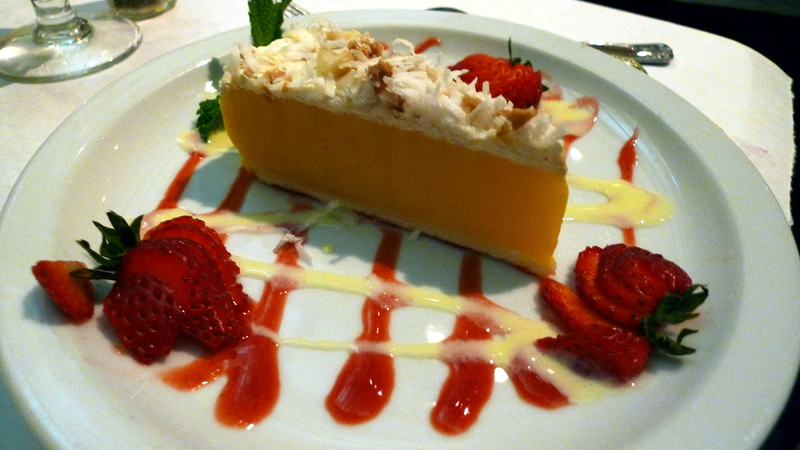 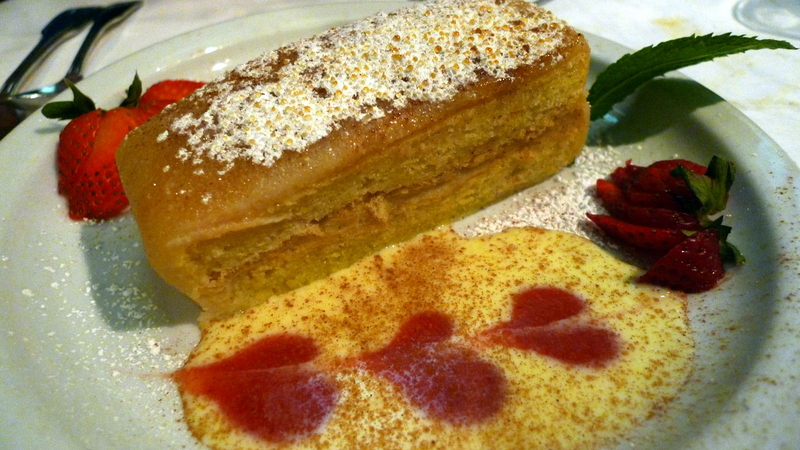 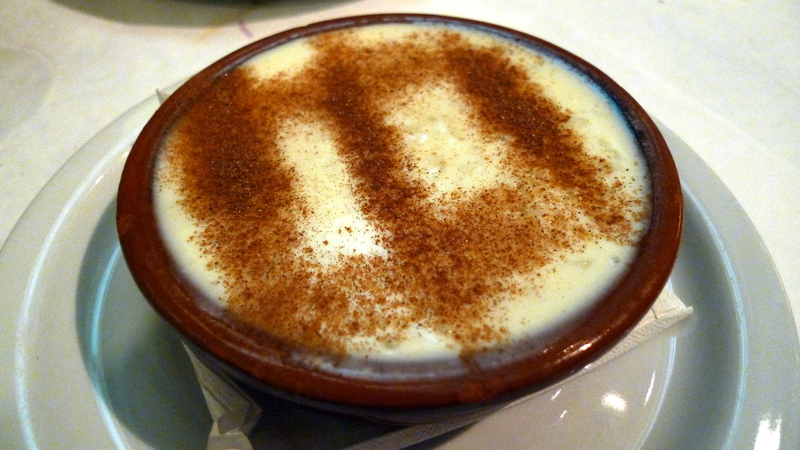 Trio of desserts. I didn’t catch what they were (other than the middle one, which is an almond cake kind of like an Italian Torta del Nonna). Actually, the one on the right might be a rice pudding. 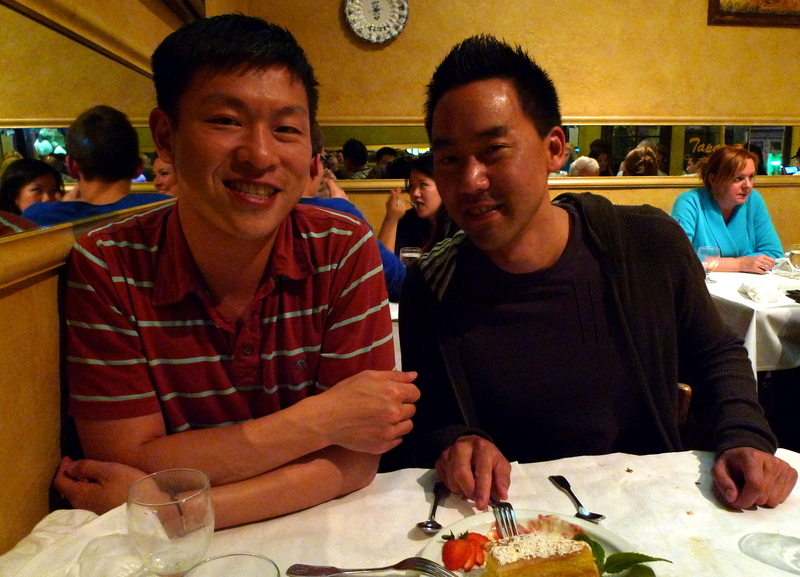 The two AWOL Xangans, Jason and Sheening. Didn’t catch a good picture of the third Xangan joining us, Piyapong. Even if they have largely abandoned blogging on Xanga, it is always a pleasure to catch up with them in person. 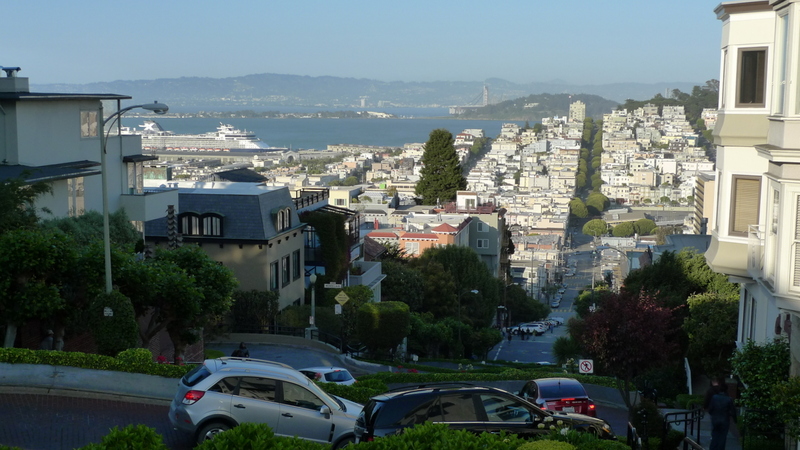 Fantastic view of North Beach and Telegraph Hill (and Lombard Street) just a few blocks north of the restaurant.

0 thoughts on “Dining in SF: Zarzuela”