As with any time spent with Andy and Sugi, food was a focal point. Maui proved to be a good place for eating. Here is the first of at least two parts highlighting some of the eats. I’ll say that this first batch of food wasn’t as good as what I’ll cover in some upcoming posts. 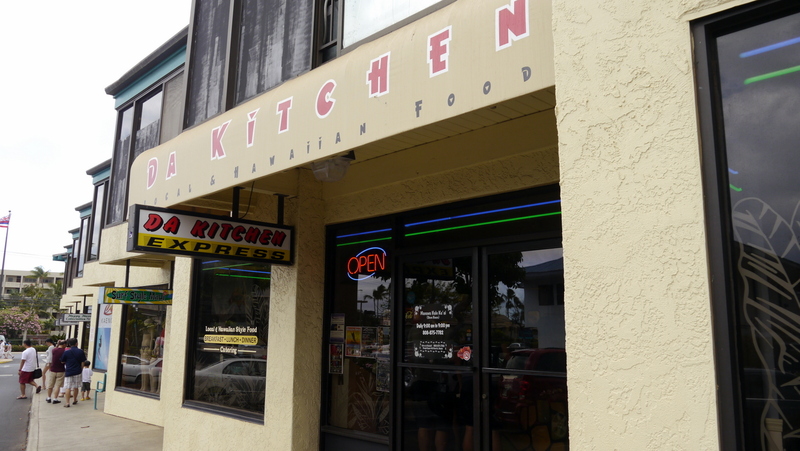 Located in Kihei, in south Maui, Da Kitchen Express is an outpost of a larger Hawaiian food restaurant in Kahului. The menu is pretty much all rice plates, typical lunch food on the islands. 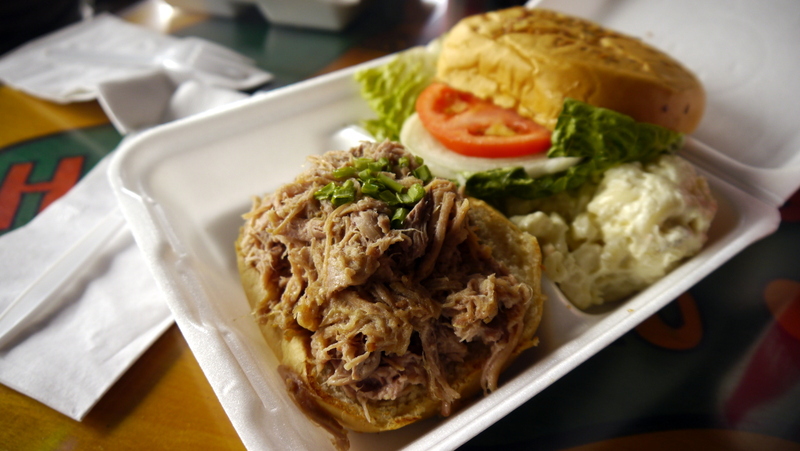 I enjoyed a kalua pork sandwich. Kalua is a term that means to cook in an underground oven called an “imu”. These days, it is usually just a slow cooked pork shoulder. Pretty tender but needed some seasoning. 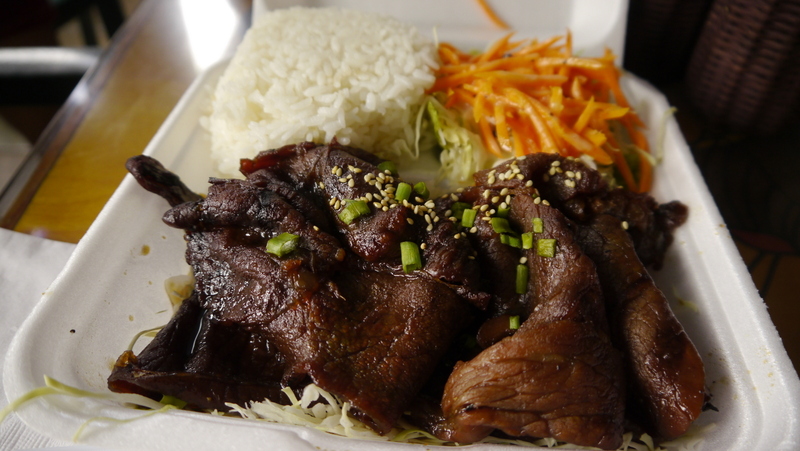 There was also some beef teriyaki eaten by another member of our party. The pieces were a little tough but exceedingly tasty. 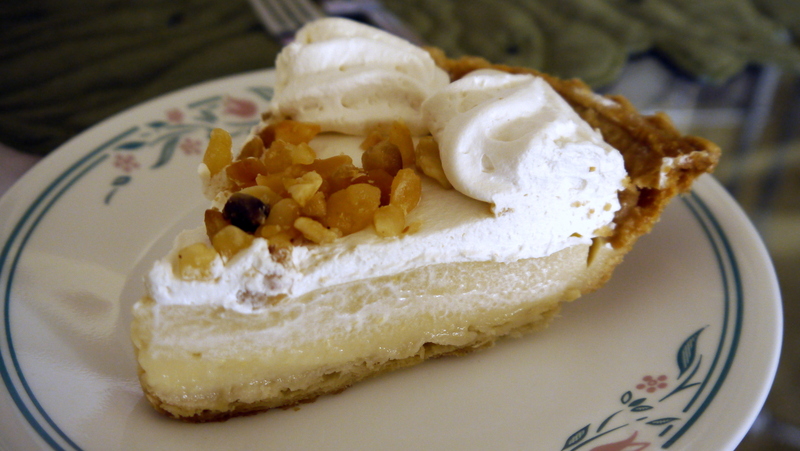 Best of all, macadamia nut cream pie for dessert. This was made elsewhere and brought in, I’m sure. Nonetheless, it turned out better than any of my attempts at it… yet! 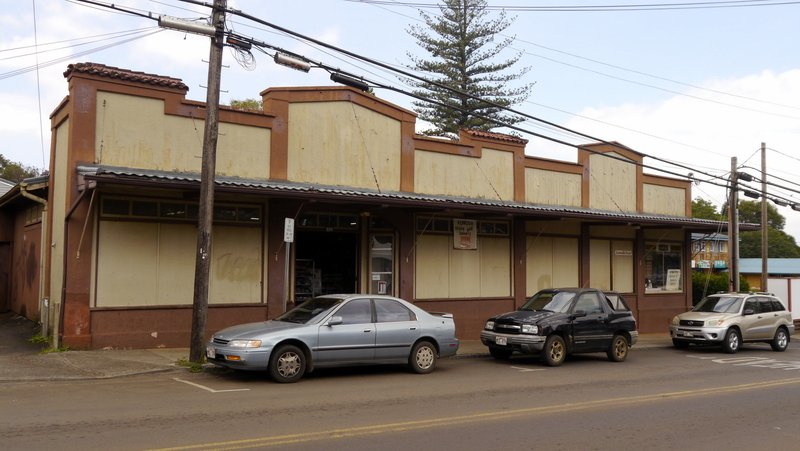 Located in the former ranching town of Makawao, which dates from the 1800s, Komoda Store and Bakery has been around for several generations. 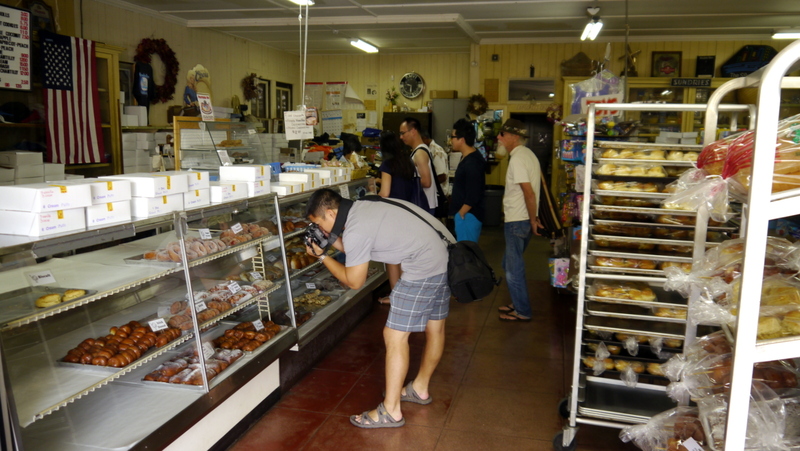 The inside is a bit disorganized, looking like you are on both the wrong and right sides of the counter all at once. 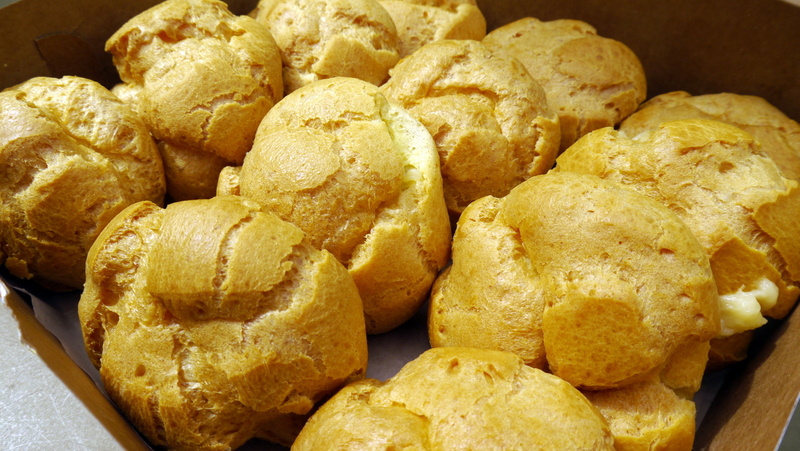 Komoda is known for their cream puffs, delicate but fist-sized pastries that sell out early. The filling is a standard pastry cream. 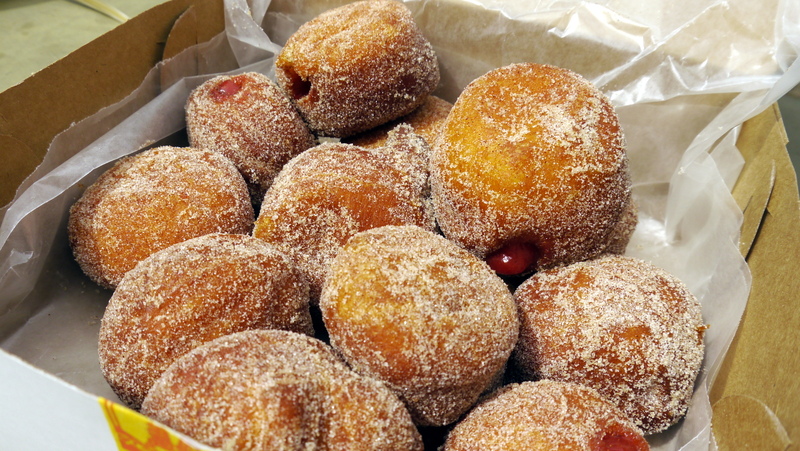 The bakery is also known for their malasadas, a Portuguese pastry that is basically a donut hole. Komoda makes malasadas with a guava filling. Truth be told, I am not a huge donut fan and haven’t figured out what is so special about malasadas. I like saying the name, though. 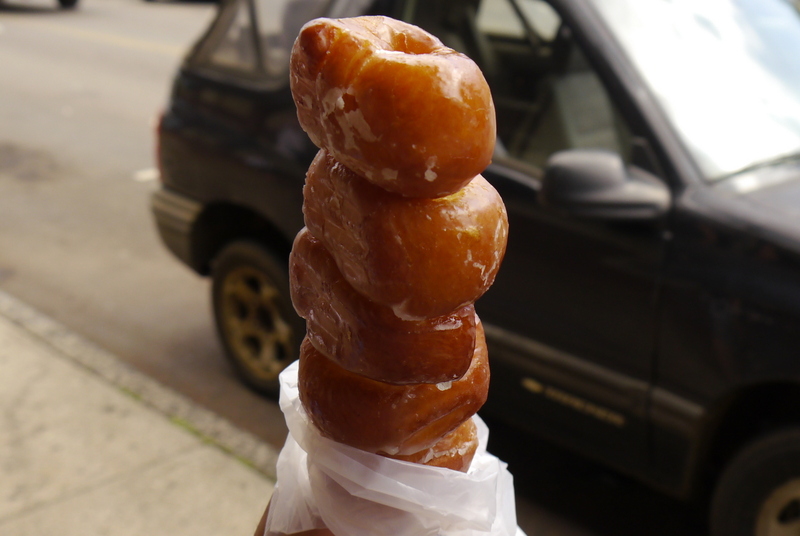 Another fun item they sell is donuts on a stick. They are cooked on the stick, not put on afterwards. 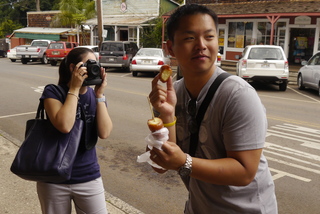 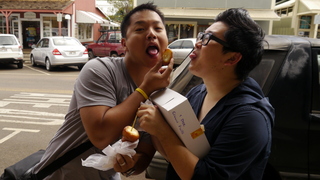 Sugi takes a picture as Andy poses with the stick of donuts. He then notices Kenny looking on an lures him into a PG13-rated photo. 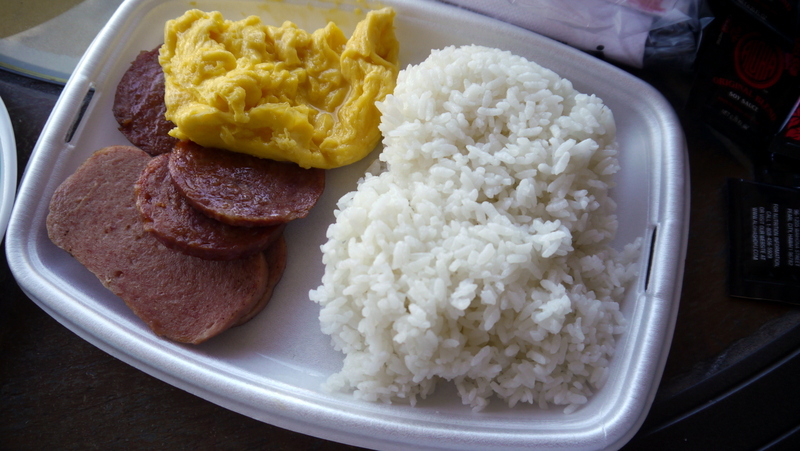 I didn’t go to McDonald’s while in Hawai’i but Andy W did. He likes eating trying the local specialties that McDonald’s features in many places. Here in Hawai’i it is the Island Breakfast, which features scrambled egg, rice, grilled SPAM, and grilled Portuguese sausage. My verdict: no more special than any other McDonald’s breakfast… which is to say, not very. 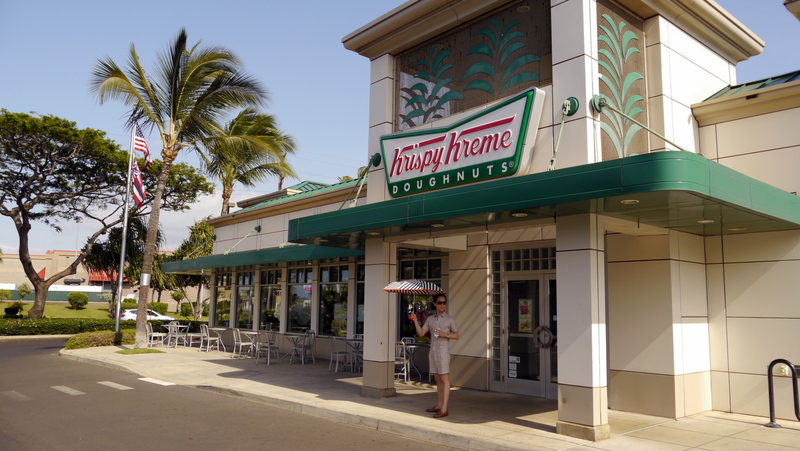 Just outside the Kahului airport sits a Krispy Kreme. Yes, I know that Hawai’i is one of the 50 United States but it seems a cultural intrusion to have Krispy Kreme there. Curious, though, I wanted to see if there was anything local on the menu. There was. 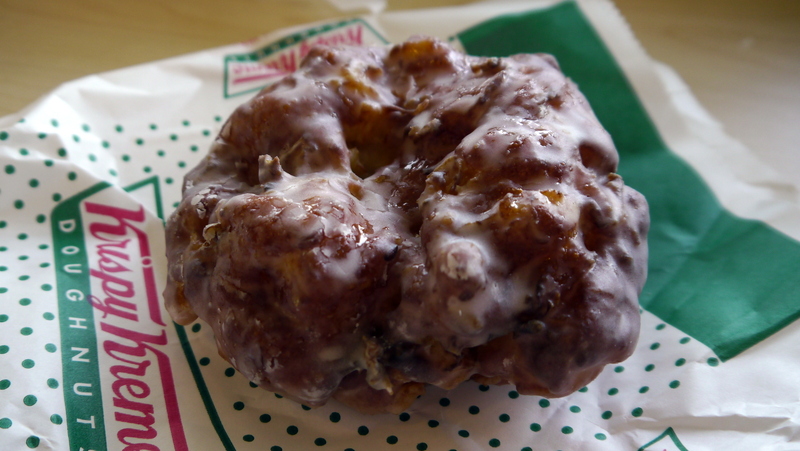 The only local offering was the pineapple fritter. Frankly, it was hard to tell it apart from a regular apple fritter. After eating about a half, I tossed the rest in the trash and kit the road.

Stay tuned for the next part.