Of course the biggest reason for heading to the US was to visit family.  My two nieces are growing up quickly and it won’t be too many years before they decide they’d rather play with their friends than hang out with their uncle.  Thankfully, that point has not been reached, yet.  I’m also fortunate to have two of my grandparents still going strong in their 90s, giving me two additional reasons to make a visit. 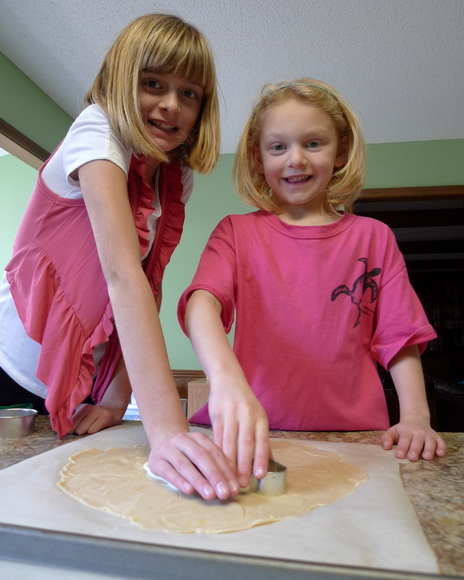 I tried to fit in several different activities with the girls, sometimes with both of them and sometimes just one-on-one.  I’ve observed that their behavior is a lot better when they are separated.  When they are together, the level of antagonizing skyrockets.  Here we made some Christmas cookies.  I prepared the dough, refrigerating it, then they helped roll it out and cut out the individual cookies. 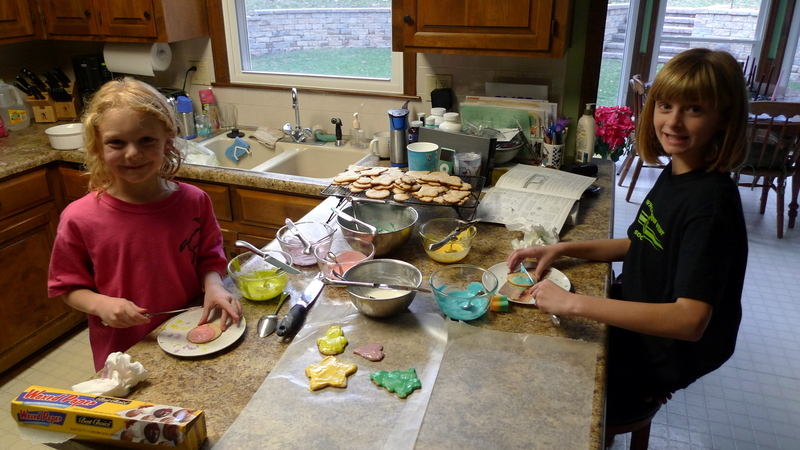 After the cookies were baked and cooled (“Are they cool yet?” every three minutes for a half-hour) we were able to ice them.  The only food coloring at the house was a set of neon colors, which produced pastels very suitable for Easter eggs but not quite spot-on for Christmas.  Nonetheless, they happily iced away, adding prodigious layers of sprinkles on top. 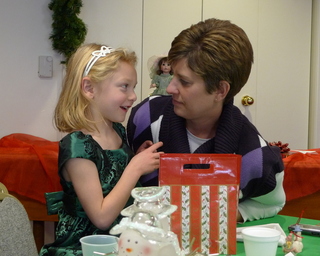 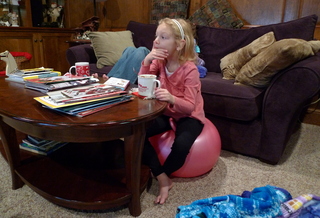 Emily seemed to be busy much of the time while I was in town, what with her two soccer leagues and a basketball league, too.  Thus, I ended up with more photos of Ava than I did of Emily.  On the left, Ava and her mother talk while at my grandparents’ Sunday School’s Christmas luncheon.  On the right, Ava (with Emily hidden on the sofa behind her) watches TV and drinks some hot chocolate I made for her.  Something about this picture makes her look very adult to me. 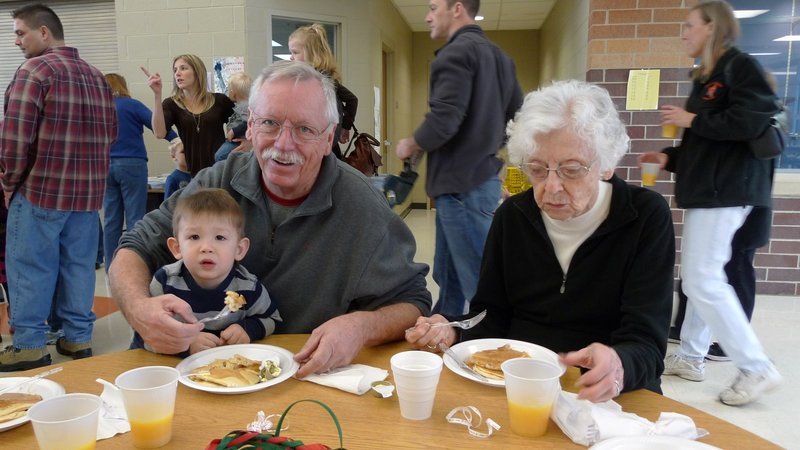 As an added bonus, my uncle Dick flew into town while I was there, with his eldest daughter, my cousin Alex, and her first son, Tommy.  Here, Tommy, Dick, and my grandmother enjoy a pancake breakfast with Santa at my nieces’ school.  Tommy, who is going on two, had a blast playing with his older cousins. 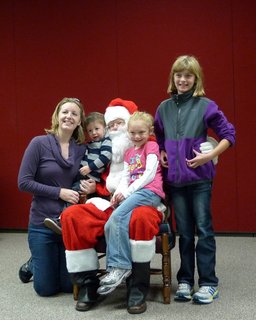 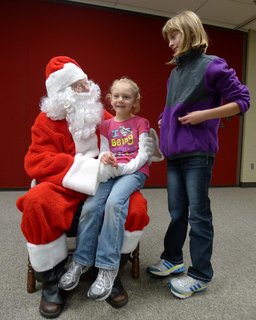 Here’s the visit with Santa.  Alex had to join the picture as there was no way Tommy was going to sit on Santa’s knee by himself.  Tommy held it together just long enough for a few pictures, then left his two cousins to bend Santa’s ear with their wish list.

Whether because I’m getting older or just because I’ve lived out of the country for a half-dozen years now, I find that I feel the family ties tugging more strongly at my heart.  While I don’t know that I want to move back to the US, I certainly wish I could spend more time there and, by extension, more time with my family.

0 thoughts on “Spending Time with the Family”