While in Los Angeles last month, Tawn and I slipped up to The Grove, a shopping and entertainment center near the Farmers’ Market located at Third and Fairfax Streets near CBS Studios.  While there, we met with a pair of Xangans who were down in LA for the weekend, and also observed first-hand the disturbing trend known as the American Girl Doll.

The Grove is another of these recent developments built to approximate the feel of a real downtown, except with a Disney-esque sense of artifice.  An electric tram runs down the middle of the “street” past big box stores that, if it weren’t for their elaborate façades, would look like any other strip mall.  It is a nice space, much in the same way that Main Street, U.S.A. is a nice place, but I think I’d prefer to stroll down a real main street rather than a recently built recreation. 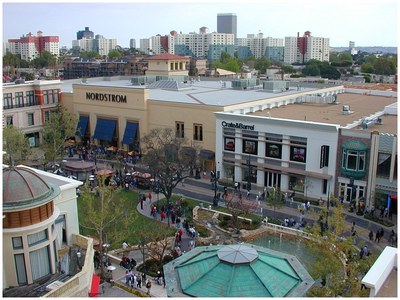 Borrowed from someone on the internet for non-commercial use.

Prominently placed on the main shopping thoroughfare is the American Girl Doll store.  Have you heard of this trend?  It simultaneously fascinates and disturbs me.

The roots of the American Girl Doll are generally impressive.  Originally released in the mid-1980s, these 18-inch dolls represented 10-year old girls from a variety of periods in American history.  They were dressed in period-appropriate costume and were accompanied by a series of books targeted to 8-13 year olds that brought the characters to life while addressing (in an age-appropriate manner) subjects such as poverty, racism, child labor, etc.  In short, a compelling way for young people to identify with and learn about history. 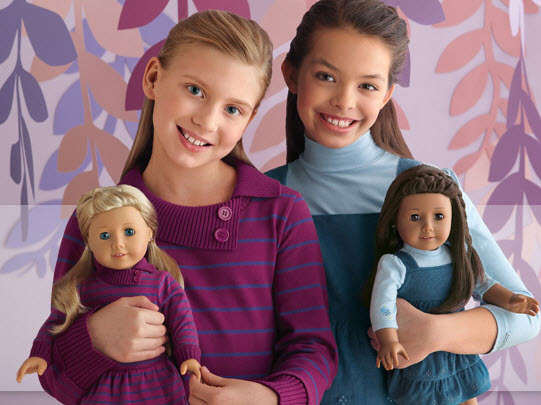 In the mid-1990s, though, a “Just Like You” line was released, with dolls representing a wide range of skin tones and eye and hair colors, so that you could purchase a doll that looked just like you.  A variety of accessories are available including matching outfits.  (See the picture above.)  The dolls, sans accessories, cost $100, a price that strikes me as ridiculously expensive for a toy targeted at pre-teens.

On the one hand, I can see a lot of positives about a doll that reflects the wide diversity that exists in our world.  Certainly, any number of women of color have shared stories about not being able to find dolls when they were children that looked like them.  At the same time, especially when you can even wear the same clothes as your doll, this seems to be furthering the growth of unhealthy narcissism.  Not only are we gazing more at our own navels, but now we can have a dolls whose navels look like ours. 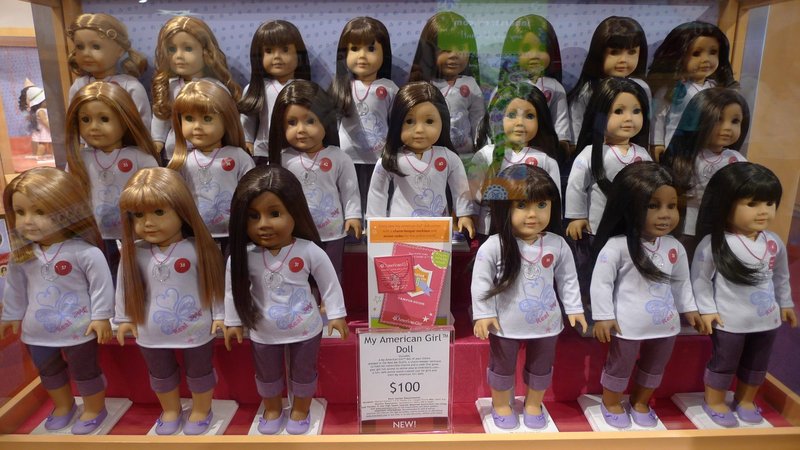 What was even more disturbing, though, was walking into the store and seeing two display cases containing rows of the identically-dressed dolls wearing numbers.  Maybe this is just a sensitivity to the too-visible sex trade that exists in Thailand, but this image of women lined up behind a glass wall, wearing numbers and waiting for you to choose them, is especially disturbing.

I don’t know what to make of the whole thing.  As I mentioned early, it is both fascinating and disturbing.  Reading more about the American Girl Doll phenomenon, the company (now owned by Mattel) seems to do a lot of philanthropy and there are many opportunities for young girls to learn important lessons about the world and about issues they may not often hear about.  The messages on the walls of the store – “A confident girl believes in herself!” – are potentially empowering.  That said, I’m still a bit disturbed. 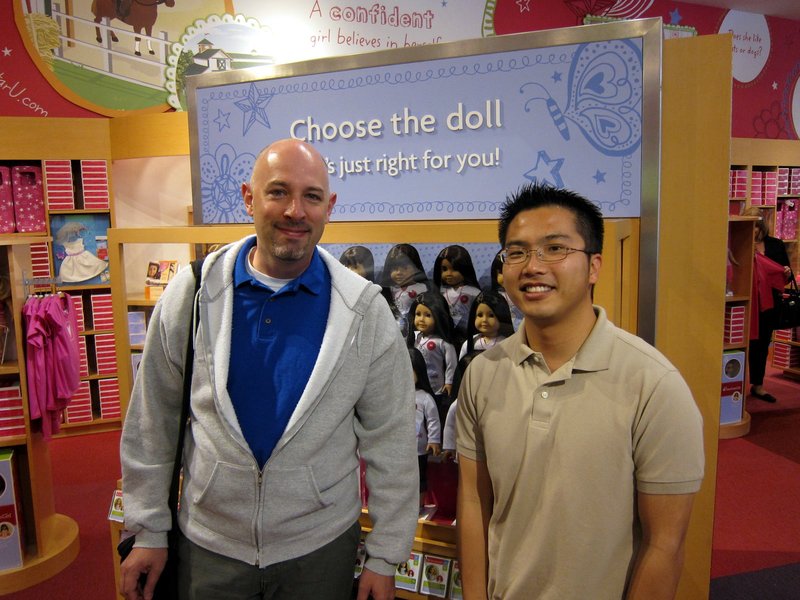 The best thing that came out of the experience was the opportunity to finally meet Piyapong, one of those Xangans who doesn’t blog often but whose posts are still interesting.  Also met Sheening again, but he hasn’t blogged in so long on Xanga that I’m not even sure what his user name is anymore.

0 thoughts on “Buying Girls from Behind Glass”