The bedroom, according to Thai culture, is a private place.  It is a place into which you do not normally invite others, whether they be strangers or even friends.  But I am going against convention and inviting you into my bedroom because I have a story to tell about my quest to silence a squeaky bed. 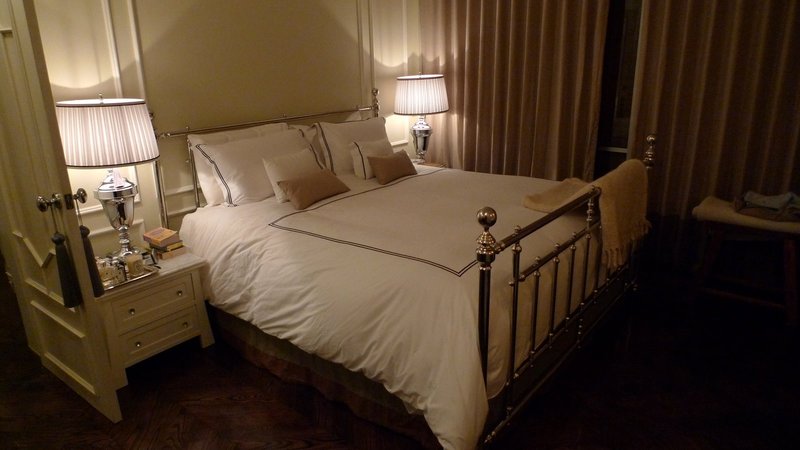 A local metal worker made the bed frame we have used since moving into this condo more than three years ago.  It has all the stylings of an expensive Martha Stewart Living frame (upon which the design was loosely based) at a fraction of the cost.  But in the past year or so, the bed frame has started to make noise.

Somewhat ironically, it doesn’t make any noise from those sorts of activities.  In fact, it only makes noise when you turn over and, even then, only intermittently.  The noise isn’t the full-throated “squeak, squeak” of mattress springs.  Instead, it is a subtle but high-pitch chirp that echoes through the frame and is at just the right volume and frequency to momentarily wake you up, producing something like an auditory sleep apnea. 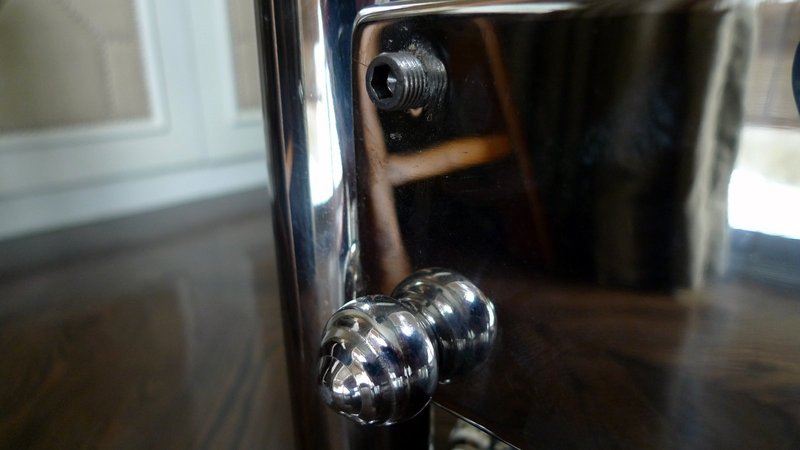 We tried many things to troubleshoot the problem.  For example we cut up an old yoga mat and used it to cushion every point at which the frame came into contact with anything else.  We tightened all the screws and connections.  Initially, we didn’t realize that the frame was held together with hex key screws and were just tightening the decorative knobs.  When that didn’t work, Tawn had the makers of the bed frame come out and they revealed the hidden screws, tightening all of them.  That lessened, but did not eliminate, the chirp. 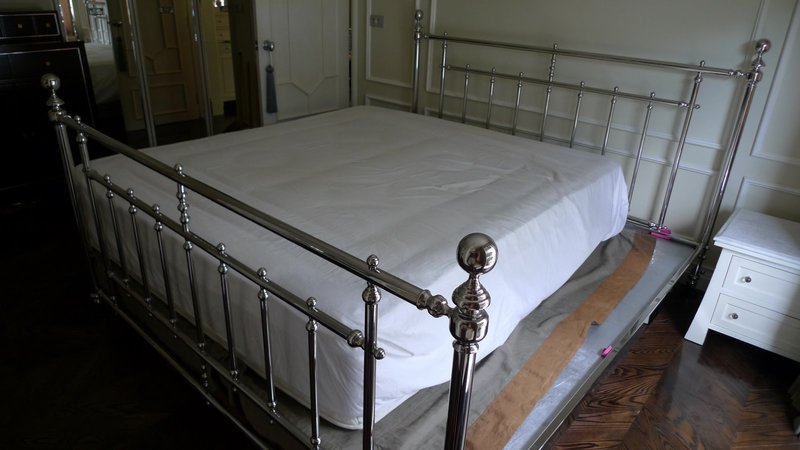 Working our way through the problem solving process, we turned our attention to the board under the mattress.  Ever since moving out of my parents’ home decades ago, I’ve never had box springs, not seeing the point of them.  But I started to rethink the wisdom of living without box springs because every twist and turn of our bodies was being transferred to the frame, which would in turn protest with that shrill, sleep-interrupting chirp. 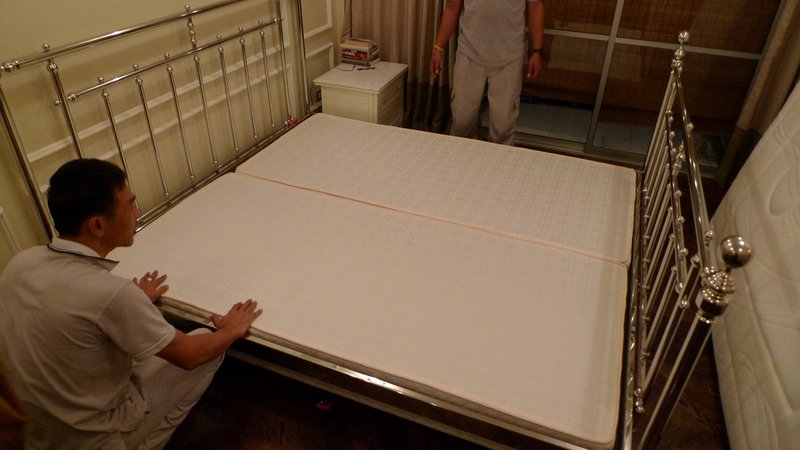 The next-to-final solution was to purchase two box springs to replace the boards and transfer the full weight of the mattress to the floor rather than to the bed frame.  Workers from the department store came and measured to ensure the box springs would fit inside the frame.  We placed an order and last night, some six hours after the scheduled appointment, the delivery men arrived and installed the box springs. 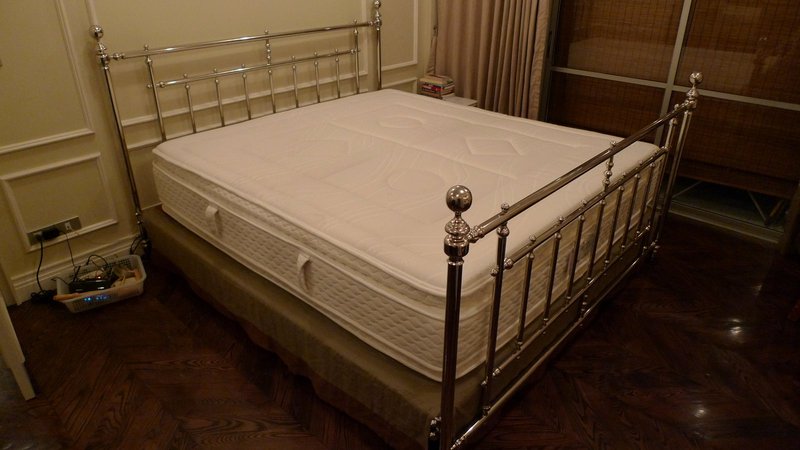 The fit is good and the box springs are only about an inch higher than the boards on which the mattress previously sat.  Tossing and turning to test them, we could not induce a single chirp from the bed frame. 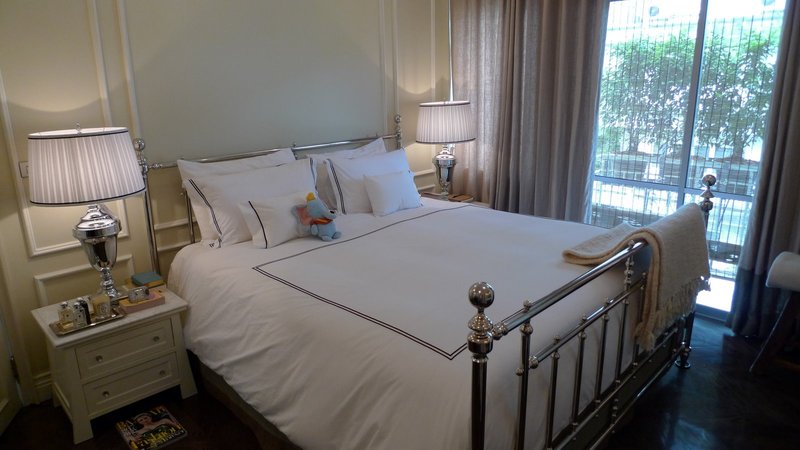 Waking up the following morning, I’m glad to report that there were no interruptions to our good night’s sleep.  The weight of the mattress now bypasses the frame and with two box springs, one person’s turn causes less disturbance to the other sleeper.  There appear to be only three resulting problems: 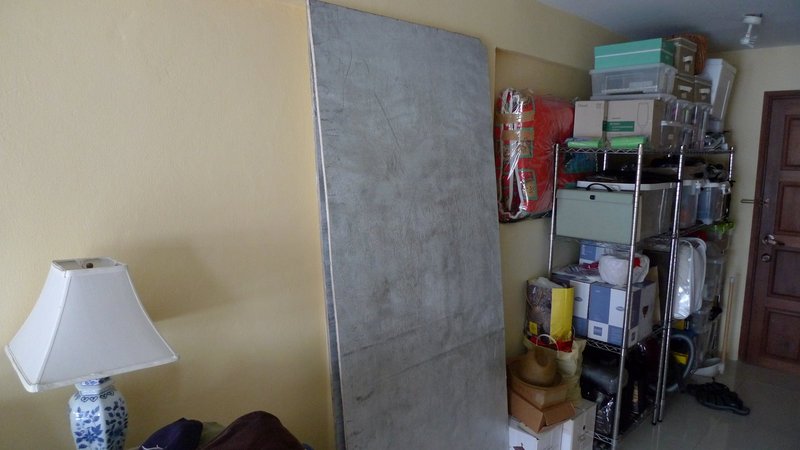 The final problem is trying to figure out what to do with the two large plywood boards.  Any takers?

0 thoughts on “Searching to Silence a Squeaky Bed”