This weekend I’ve been scrambling to prepare for a dinner on Tuesday night, at which I will cook for up to 80 people.  This will be the largest group I’ve ever cooked for by a factor of three, and I’m excited to take on the challenge.  Oh, and an added challenge: I’m working on a budget of 80 baht (US$2.63) per head.  How did I get roped into this? 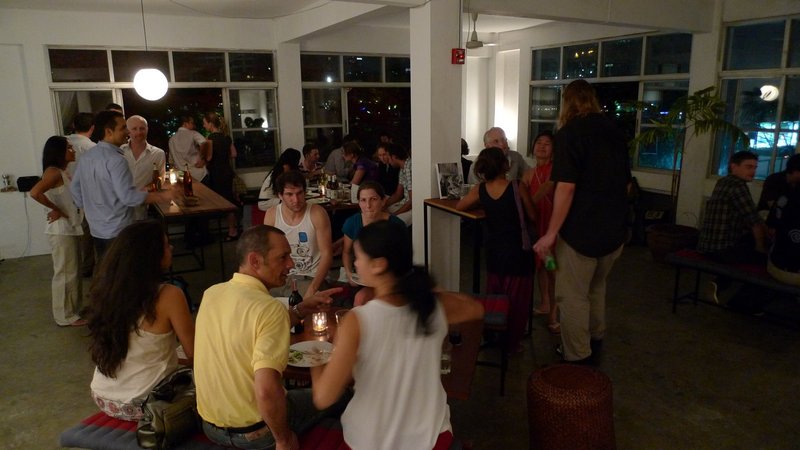 Two months ago, my friend Doug, an expat American to whom I was introduced by a friend from the San Francisco Int’l Asian American Film Festival, invited me to an event called the “River Space Dinner Party and Talk”.

The dinners are inspired by Jim Haynes and his famous Paris dinners which have lasted for more than 30 years. Jim’s son, Jesper, helped launch the Bangkok dinners at the River Space a few months ago.  Jim described his dinners during a piece on NPR’s All Things Considered: 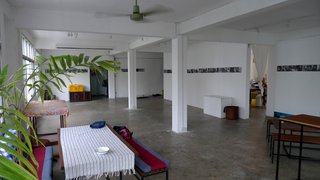 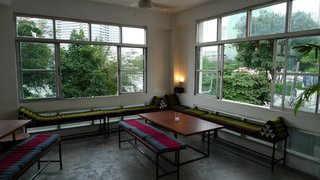 Here in Bangkok, the dinners are held twice a month in a second floor flat on the banks of the Chao Phraya River, immediately next to the Millenium Hilton hotel.  The space is used for various arts events and is mostly just a large, open space. 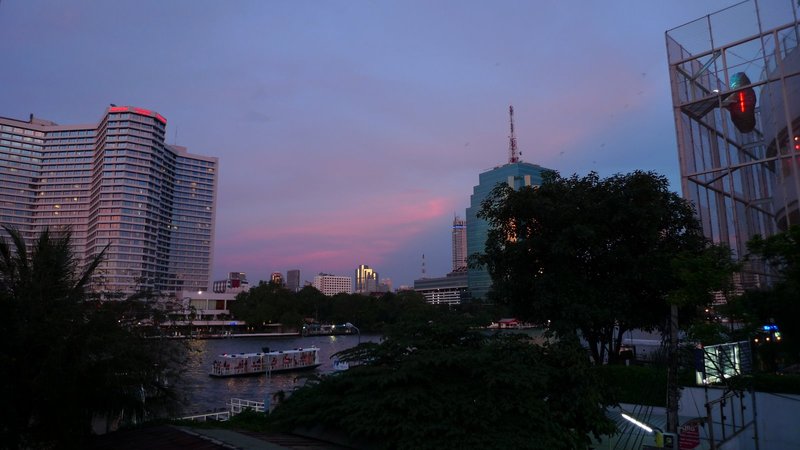 The space is spectacularly situated, though, just above a small market and adjacent to the local ferry pier.  The reflection of the setting sun bathes the banks of the river in shades of purple and pink as residents who live on the west side of the river commute home. 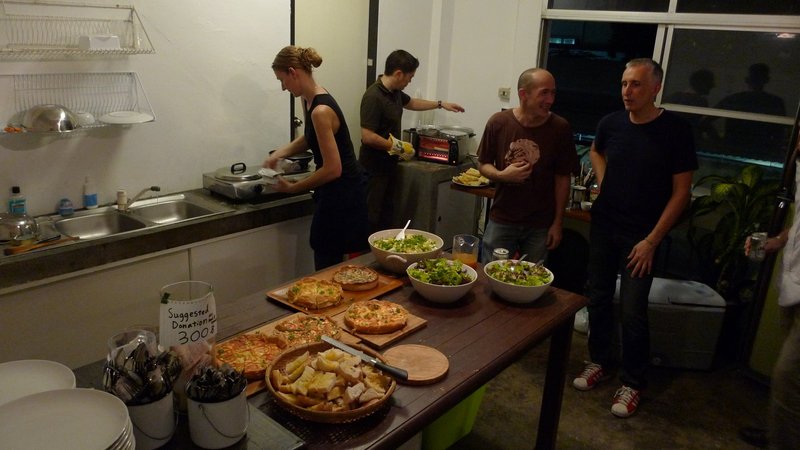 The dinners are cooked by volunteers in a kitchen that is, to be generous, under-equipped.  But there are plenty of hands willing to pitch in, which is the important thing.  As I’m preparing to cook on Tuesday, most of my thoughts are about the strategy of how I’m going to do this in the most organized manner.  What tools will I need, what equipment, what supplies? 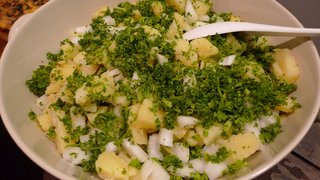 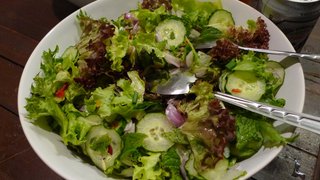 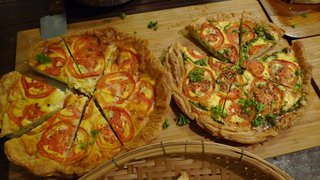 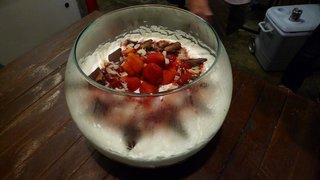 The meal served when I attended in April.  Potato salad, green salad, quiches (made at home by the head chef), and a wonderful strawberry triffle.  One of the things I’ve realized is that to cook effectively in this space requires a lot of advance cooking at home. 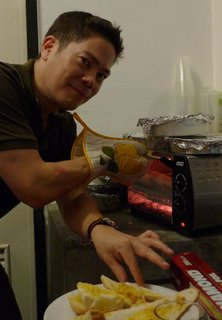 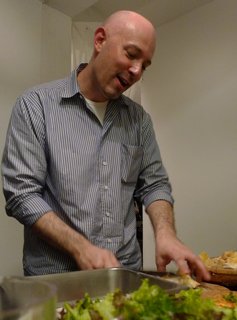 When I say “under-equipped”, you get the idea when you watch Doug contorting himself as he tries to make garlic bread for what was about 50 people using only a tiny toaster oven.  Needless to say, I was dragooned into the kitchen, willingly, and helped prepare the garlic bread.

So that’s the challenge I’m facing.  Having given a lot of thought to the meal, I’ve adapted, updated, and revised my proposed menu several times.  Finally, Friday night I cooked a “proof of concept” meal, to make sure the recipes worked (at a small scale) and would be on-budget. 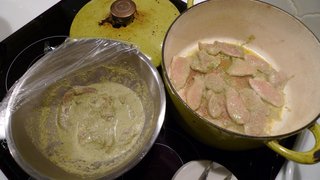 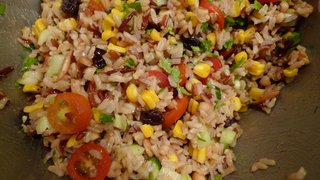 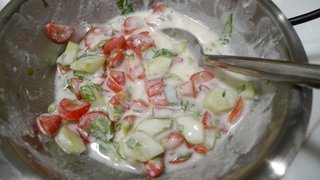 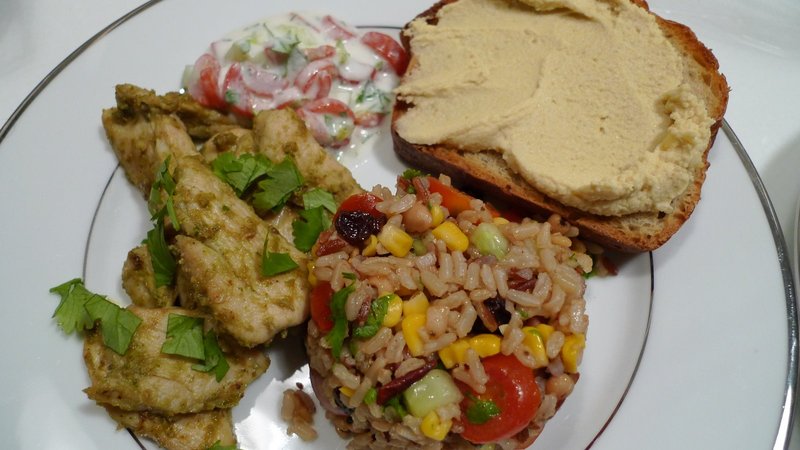 The menu as it stands today: Mixed grains and vegetable salad with a sherry vinaigrette; stir-fried chicken marinated in green curry; and a yogurt relish with cucumbers and tomatoes.  The homemade bread and hummus will not make the cut.  Instead, the garlic bread and a green salad will be provided by another person.  And for dessert?  Saturday night I did another “proof of concept” and served homemade buttermilk shortcake with mangoes and ginger whipped cream.

Stay tuned to heard how it all turns out!

0 thoughts on “Preparing to Cook for 80”