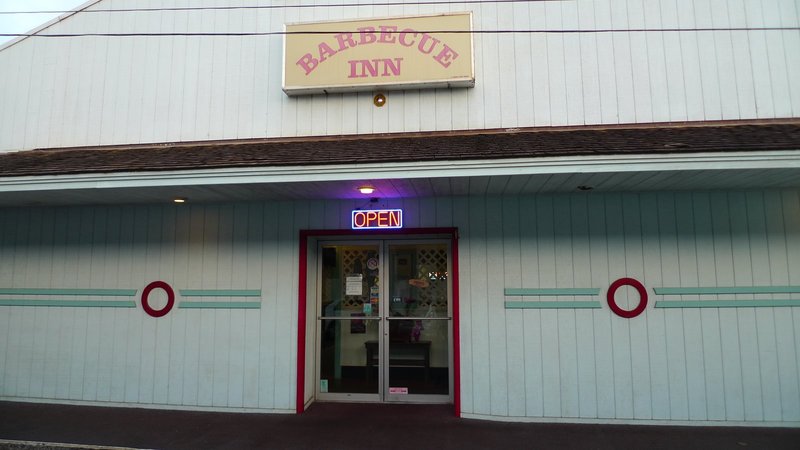 After our jaunt around the north coast of the island, we stopped for dinner in Lihue at a small hole-in-the-wall place that my parents stumbled upon their first night on the island when they stayed in a hotel nearby.  The restaurant is called Barbecue Inn, an institution opened by Masaichi and Hanayo Sasaki in 1940. 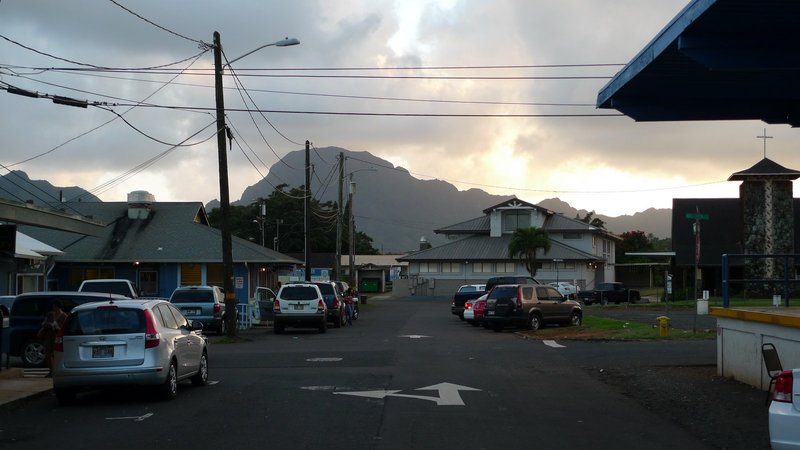 The storefront is located on Kress Street, a small alley named after what used to be a popular department store in town. 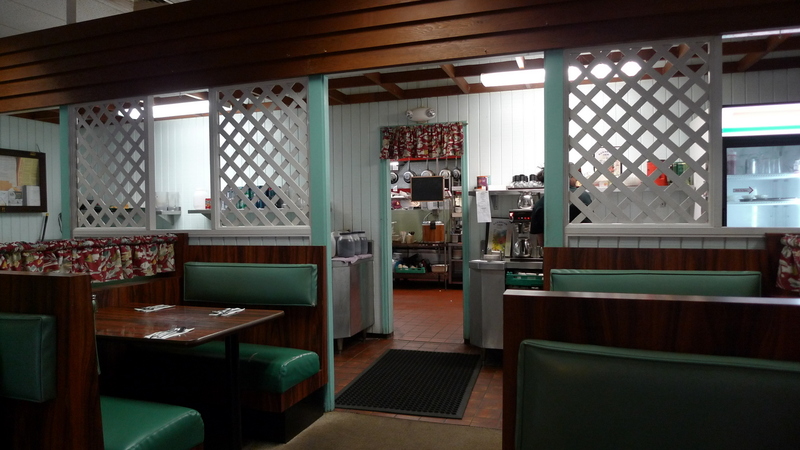 Specializing in affordable family cuisine, Barbecue Inn serves American and Japanese food and everything – everything, they emphasize – is made from scratch.  The interior is clean but definitely a bit of a time warp.  Service is very friendly, though. 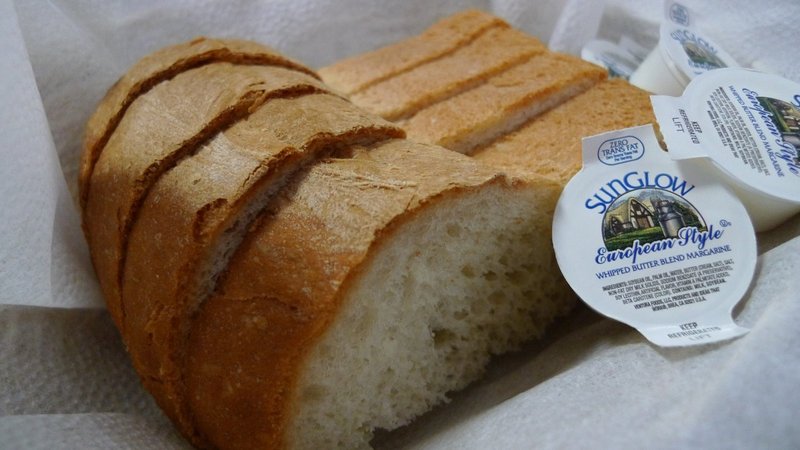 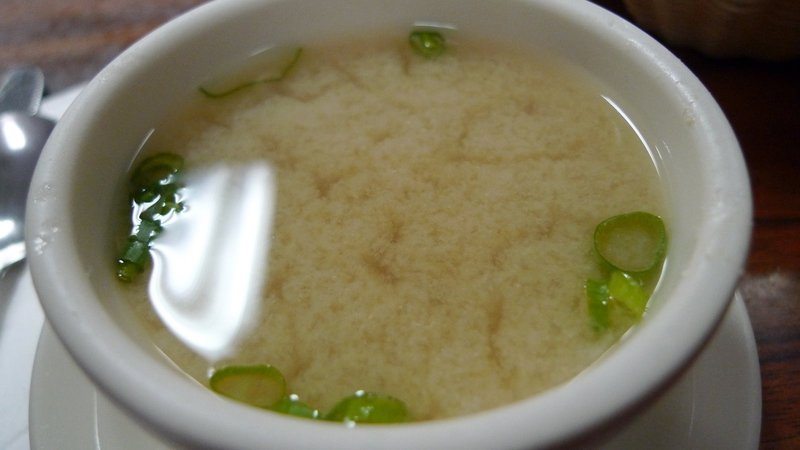 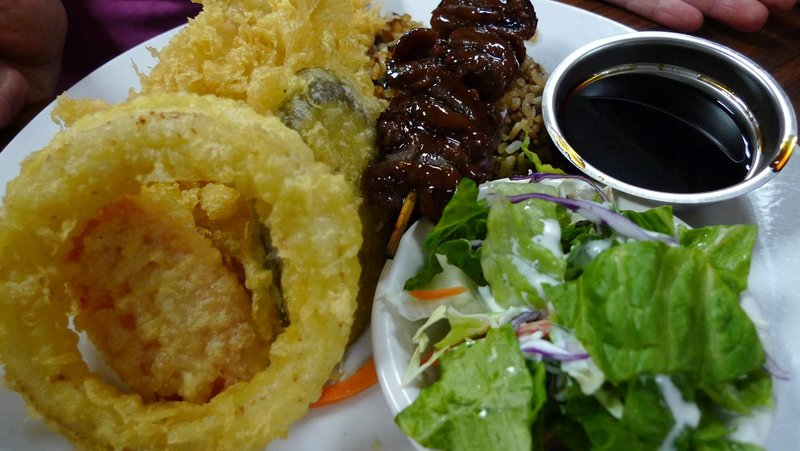 Teriyaki beef kabob with tempura.  My mother had this and it was tasty, although the sauce was a bit heavy. 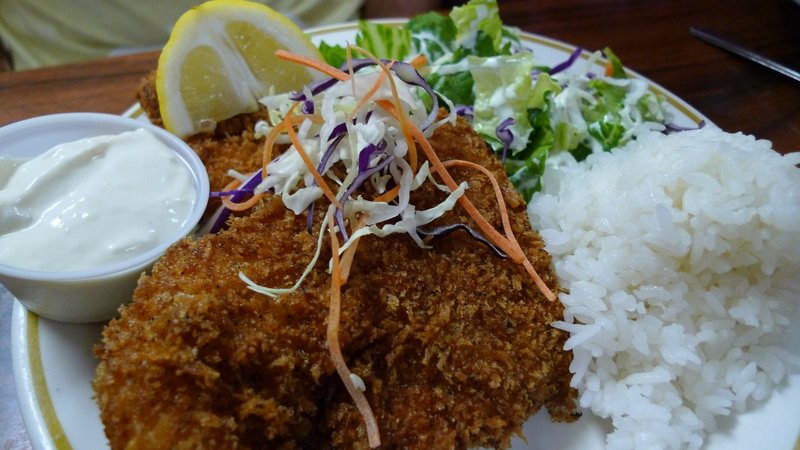 Panko crusted mahimahi served with tartar sauce.  My father had this and while it was tasty, the breading obscured the fish inside. 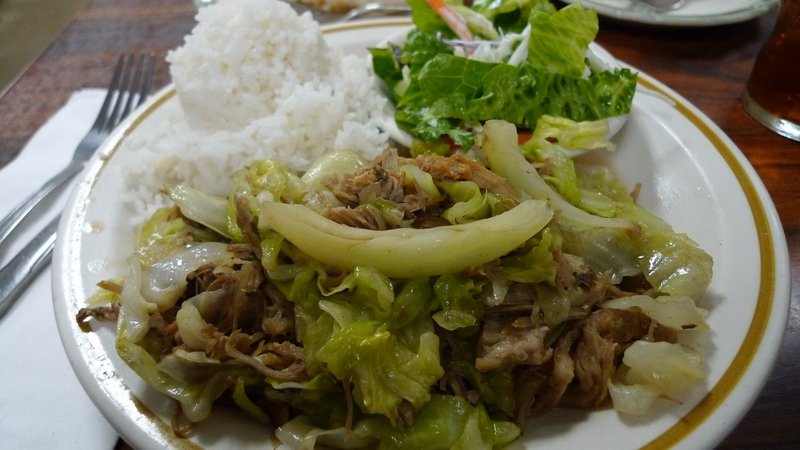 My dinner, kalua pork and cabbage.  Kalua pork is traditionally cooked in an underground pit but these days refers generally to slow-cooked pork.  Really tasty with a smoky smell.  The only drawback was that there was a lot of the same (albeit tasty) flavor on the dish.  It would have benefitted from a smaller portion and something (maybe Japanese style pickles?) to contrast with the flavor. 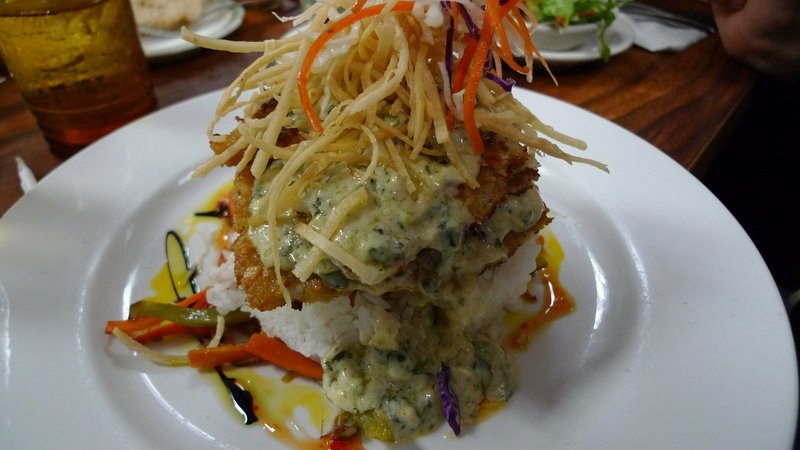 The stand-out of the menu was Tawn’s order, mahimahi encrusted in a combination of macadamia nuts, panko crumbs, and sesame seeds, topped with coconut cream and spinach sauce.  This was amazing. 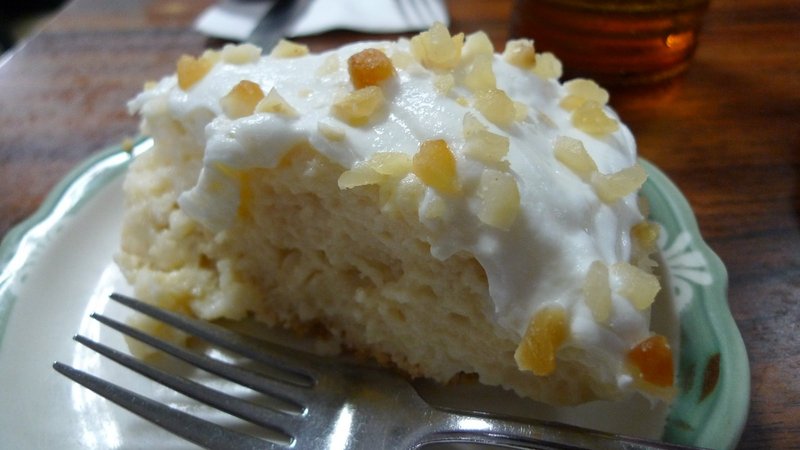 The real treat, though, was the macadamia nut cream pie.  I’ve made two attempts at making this pie and have encountered some problems.  So you can imagine how excited I was to find it here, perfectly fluffy and flavorful.  While they wouldn’t release the recipe, they did answer my question about what thickener they use: a combination of cornstarch and gelatine, which helps explain the chiffon-like texture.

I have to admit, though, that now that I’ve finally encountered that long-lost taste memory again, I feel less need to try and recreate it.  In short, the pie was very good but I realize that in my memory, I had built up how wonderful macadamia nut cream pie is, to a level that can never be achieved in real life.  Maybe. 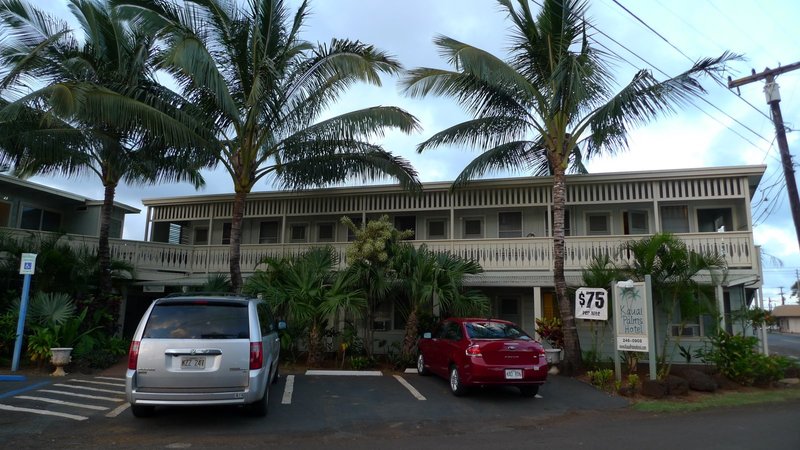 After dinner we drove around the corner to see this small local motel my parents had stayed at their first night on the island.  It is well-maintained but is definitely straight out of the 50s or 60s!