What better way to start the new year (not to mention, what better first post to write) than to prepare some good food?  While Tawn was away at his family’s annual New Year’s Eve party and didn’t return home until ten minutes before midnight, I hosted a missionary friend from Chiang Mai and one of her friends who is visiting from the US.

Kari and Brandi were wonderful company and we spent almost four hours visiting and eating.  For dinner, I prepared a simple meal that thankfully used up the last of the lasagna ingredients that I produced earlier in the week.  Remind me next time not to double an already large batch of pasta and bolognese sauce! 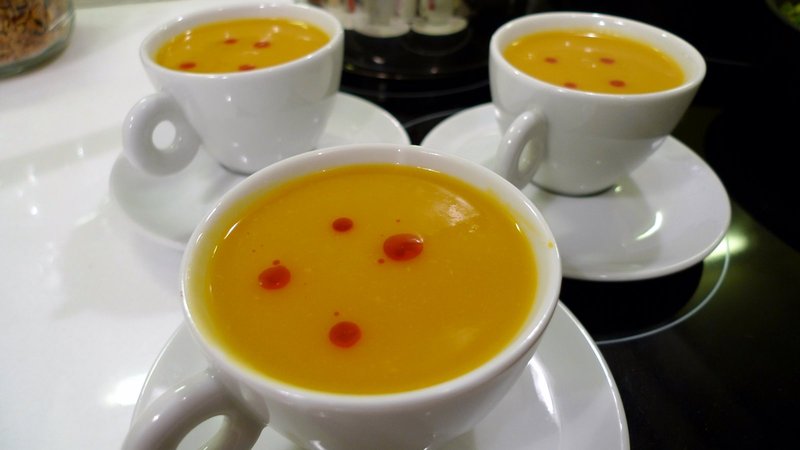 To begin with some Thai style pumpkin soup.  Made with homemade stock, this soup features tumeric, fresh ginger, and a little bit of coconut milk to add richness.  Garnished with a few drops of garlic-chili oil, which was enough to give it a definite kick. 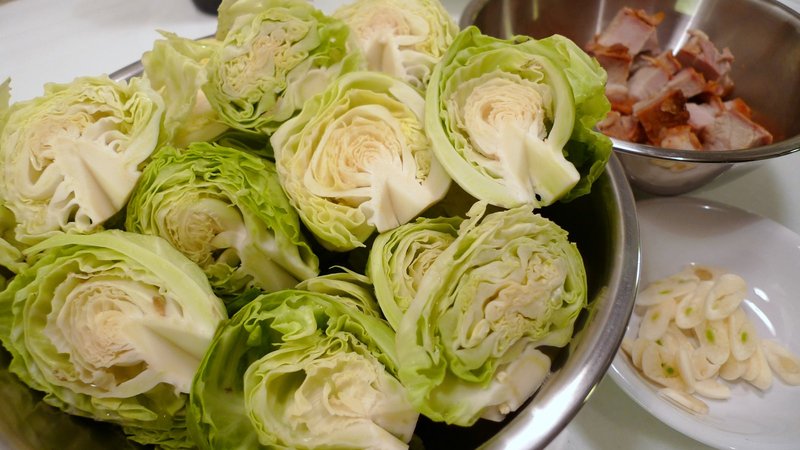 An interesting recent discovery, a vegetable called kanaeng in Thai.  An American restaurateur friend calls these “baby cabbages” on his menu, but they are more akin to loosely wrapped Brussels sprouts.  I followed his preparation, stir-frying them with garlic, soy sauce, and crispy pork. 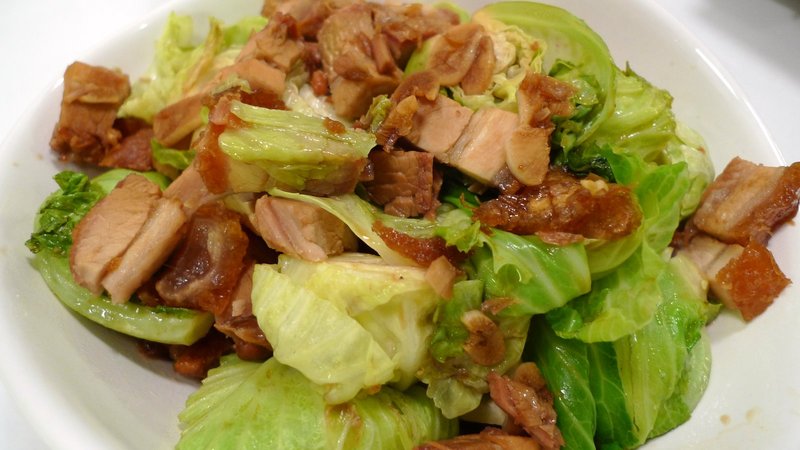 Probably a little heavy on the crispy pork, but is anyone going to tell me you can really have too much pork?  I think not!  (Well, okay, Dr. Zakiah, Lalima, and a few others will, but that’s for religious, not flavor reasons!) 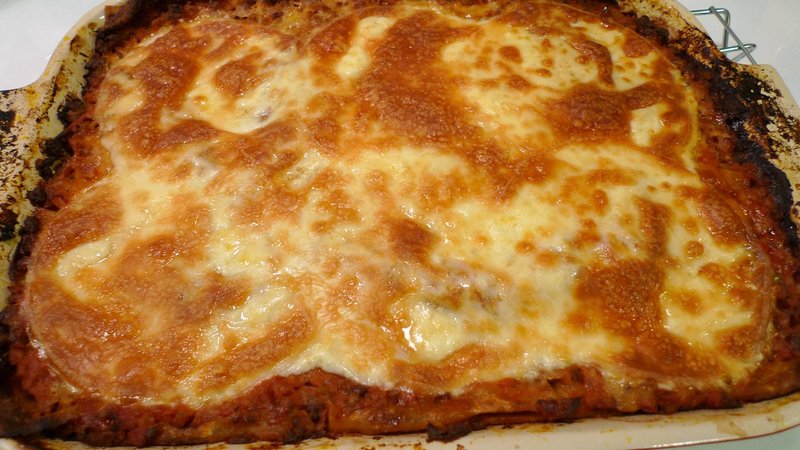 The final dish of lasagna.  I added a bit of meat and more tomatoes to the bolognese sauce to make for a richer, meatier dish.  It worked out beautifully, except that the bubbling sauce burned on the handles making for unsightly presentation.  The guests liked it enough to bring a few slices back to the mission house with them, though. 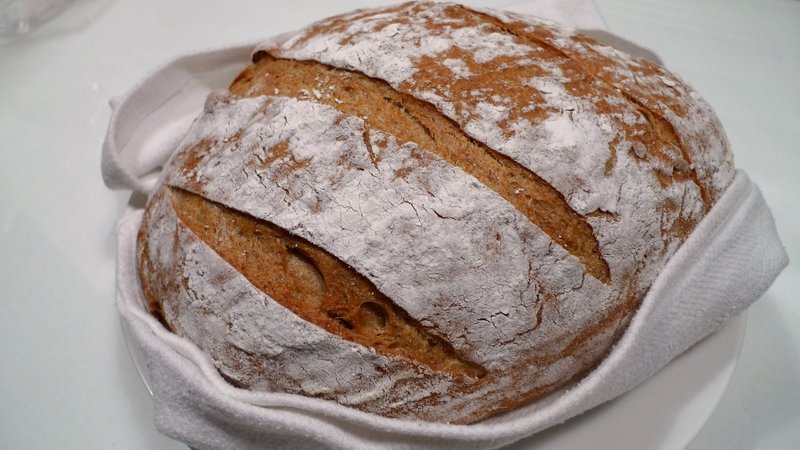 Homemade bread, a rye-wheat combination.  Notice the faint lines running along the length of the loaf?  Those are from a banneton.  I’ll write more about those soon. 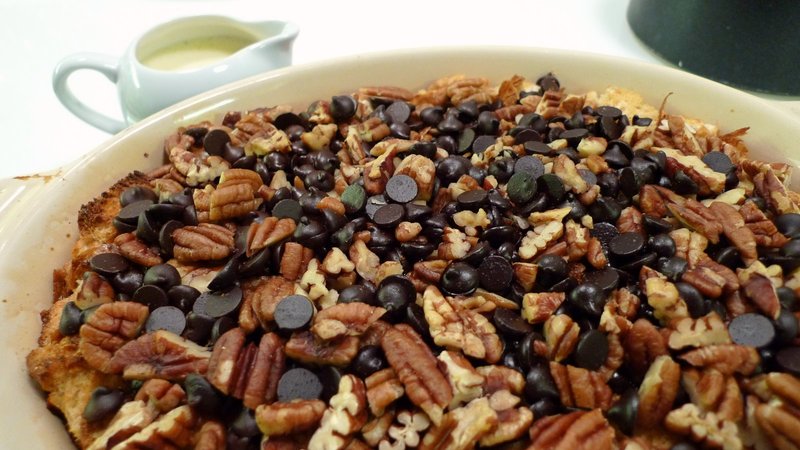 Dessert was a chocolate chip and pecan bread pudding served with creme Anglaise sauce.  Very tasty, although perhaps a touch rich after this filling meal.  But why not end the year on a rich note with the hope that the new year will be equally rich and satisfying?

I hope your celebration was just as wonderful as mine.