Friday evening, finished with work, I flew from Houston to Kansas City with a quick Southwest Airlines stop in Dallas.  In other words, twenty minutes on the ground as one load of passengers deplaned and another load promptly took their place.  At about 10:00 pm I was met at the KC airport by my father, who had decided to drive 9 hours from Indiana to see me.

We arrived at my sister and brother-in-law’s house well after the nieces had gone to bed, but did everything we could to keep the noise to a minimum, lest they wake up and have their surprise spoiled.  I wrapped their Christmas presents and placed them – “From Santa” – under the tree before going to bed.

About 7:00 Saturday morning I came upstairs from the basement guest room to find the two girls, going on ages 5 and 8, glued to the cartoons.  “Good morning,” I said.  They turned around and for a moment you could see the wheels turning as they tried to process the disconnect between what they were seeing and what they knew to be true: that their uncle was thousands of miles away in Thailand.

The youngest niece actually turned back to the TV before doing a double-take that would have been at home in a slapstick comedy.  “How did you get here?!” she asked. 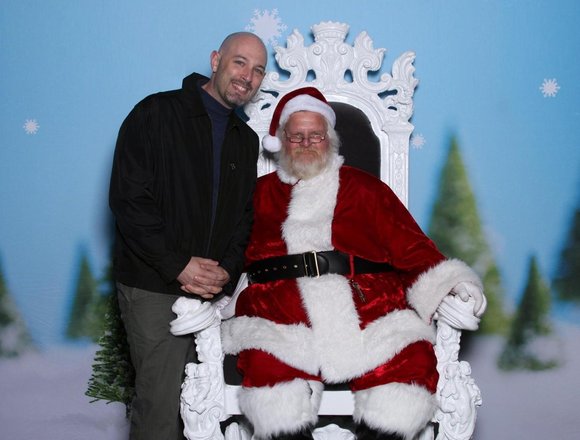 I made my case that Santa had brought me along with the presents.  To prove my point, I used as evidence the photo of me and Santa that had been taken the night before as part of a Southwest Airlines / Microsoft promotion at Houston Hobby Airport.  For any number of reasons, they were skeptical of this evidence.  “He looks like family,” the older niece said.

Here is a four-minute video of the present opening, if you would care to watch it.  I imagine relatives will be more interested than most of you will be, but it has a few cute comments made with the sheer innocence that only children can.

If you elected not to watch the video, here were their presents: 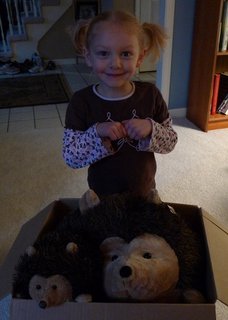 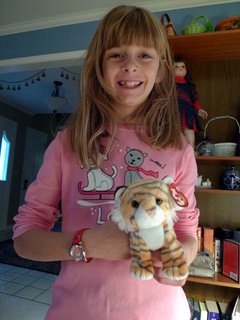 Ava received the larger hedgehog (which she has named “Judy”), a beachball sized stuffed animal that took up half my suitcase and made it inexplicably light for the baggage handlers.  This one matches a smaller hedgehog we gave her on a previous visit, of which she was convinced she already had the larger one of the pair.

Emily received a Hello Kitty watch – her first watch ever as she is now finally able to tell time – and a stuffed tiger that was a Christmas gift from one of my colleagues, but which will have a more loving home in Kansas City than in Bangkok.

We had lunch with my grandparents and uncle and then after running several errands we met another family friend for dinner at Lidia’s Italian restaurant in downtown.  Andy and Sugi were unfortunately not able to drive down from Omaha to join us as they were experiencing blizzard conditions. 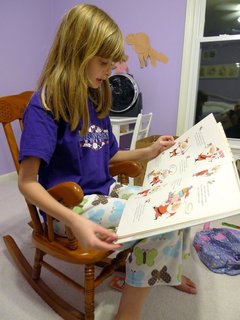 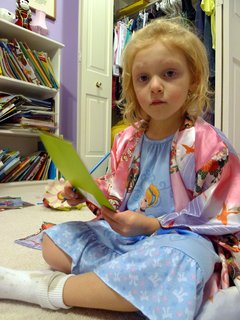 That evening, Emily practiced reading (she has become very proficient and devours chapter books) with “‘Twas the Night Before Christmas” while Ava (in her “To Wong Foo with Love, Julie Newmar” outfit) practiced her alphabet, shouting triumphantly, “Look!  I drew an ‘h’!”

After putting the girls to bed and saying my goodbyes, I reloaded my bags, filling the void left by the hedgehog with cans of chipotles and tomatillos.  By midnight I was in bed for a few hours’ sleep before an early trip to the airport at 4:00 am.