The final days of September were crazy busy for me so I had to take a few days off from posting.  Nonetheless, September was a productive blogging month for me.  I managed to post 25 times, my busiest month since April.  And I feel good about the quality, not just the quantity.  There was a lot I wanted to share, from Tawn’s 30th birthday to old time-exposure photos, with lots of lemon, lavender, and dates thrown in! 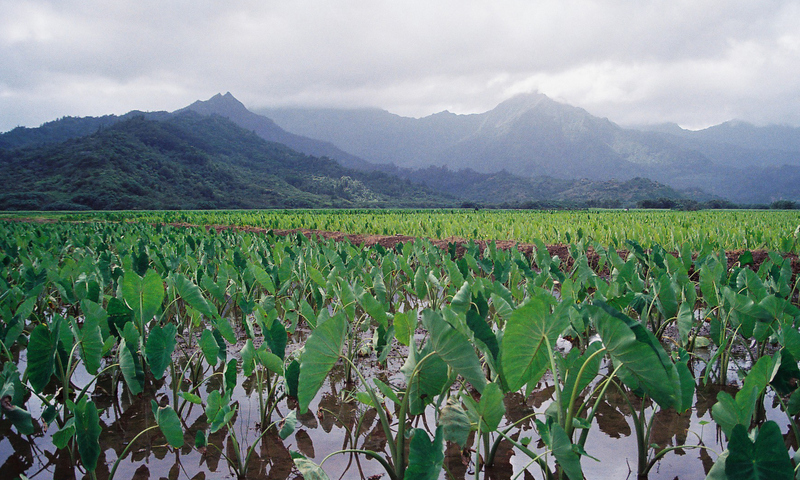 For my first entry in October, I’d like to share my adventures trying to make macadamia nut cream pie, which I prepared for a small dinner party last Saturday.  This pie holds a special place in my childhood memories.  I can’t vouch for how accurate or authentic the memory is, though.  As a child in an airline family (my father worked for United) we had the opportunity to vacation in Hawai’i several times while I was growing up.  One of the treats we would enjoy while in the islands was macadamia nut cream pie.  One year in particular, we had an especially good pie from one of the local bakeries and so macadamia nut cream pie entered the mythology of my childhood.

Macadamias are also grown here in Thailand and are relatively inexpensive – a 500 g (about one pound) bag of unsalted whole nuts is available for about $12.  Recently, I started thinking again about macadamia nut cream pie and decided it would be fun to make.

Searching for recipes, almost all of them seemed to be based on the same recipe from University of Hawai’i.  Something about the way the recipe was written just didn’t seem right to me.  Perhaps not clear enough, perhaps the proportions seemed off.  I don’t know – but I had a bad feeling from the start.

Sure enough, the first attempt on Friday night didn’t work out.  Macadamia nut cream pie is basically a custard filling chilled in a pre-baked pie crust.  The custard, though, never came together and thickened.  By the time I cleaned the kitchen at midnight, all I had was a finished pie crust and a bowl of sweet, macadamia-flavored egg soup. 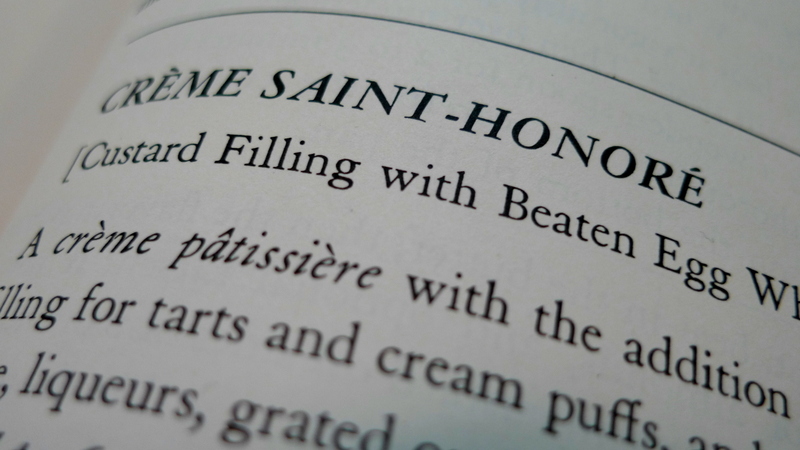 Saturday morning I pulled out Julia Child’s Mastering the Art of French Cooking and perused the recipes.  A crème pâtissière – a basic pastry cream – sounded like a good start because one of the options included stirring in some ground almonds to flavor it.  Surely I could substitute ground macadamias?  And as I read some of the other variations, a crème saint-honoré – a crème pâtissière with meringue (whipped egg whites) folded in – sounded like it would make a very nice, light and creamy filling for my pie.

Since I hadn’t made a cooking video in quite a while, my trusty cameraman Tawn set about filming me.  Here are the results.  Let me apologize right now for my repeated mispronunciation of “crème pâtissière”, which I pronounced as “crème pâtisserie”.  My bad.  Je suis très désolé. 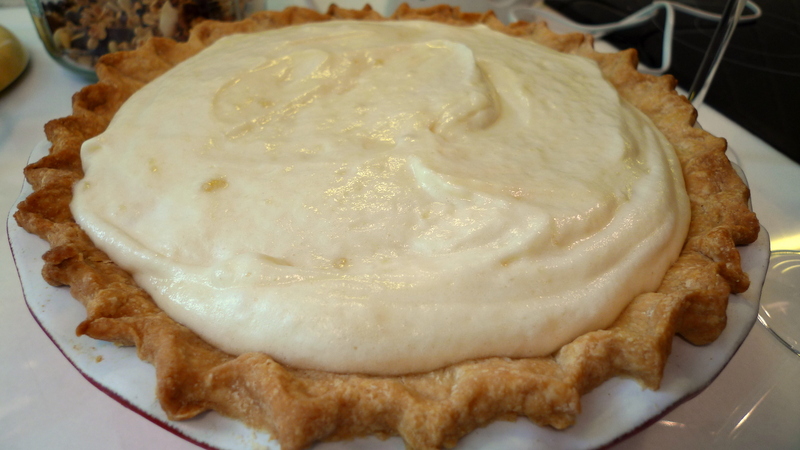 The pie after being filled.  I had quite a bit of extra filling, so I ended up filling two martini glasses, too. 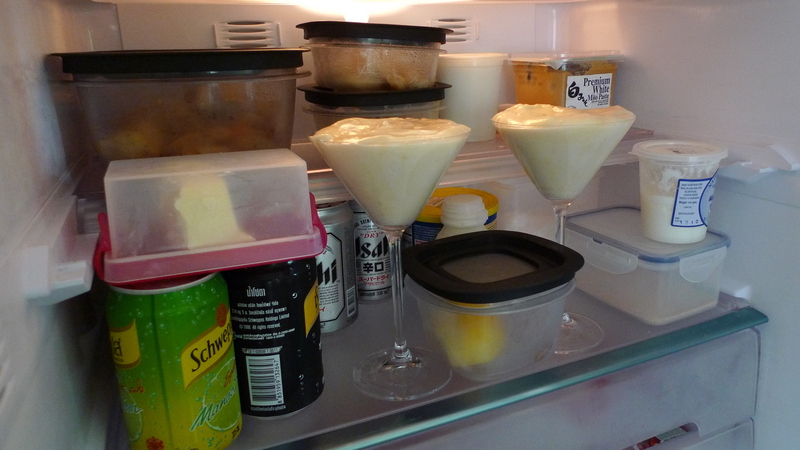 Those were kind of difficult to store in the refrigerator.  There you go – a chance to see what is in my fridge.  Maybe that is a future blog series?  “Refrigerators of Xanga!” 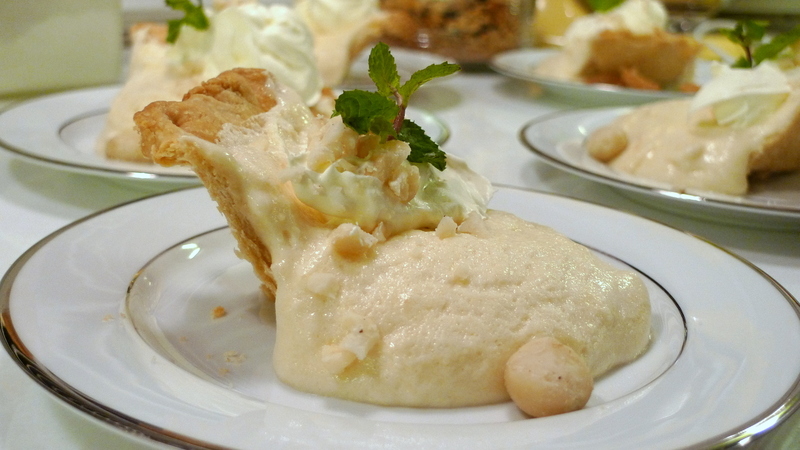 The finished product once plated.  What I learned is this: while the filling is very tasty, a crème saint-honoré does not have the structure or stiffness to stand firmly on its own.  Once sliced, it spilled forth from the pastry shell.  Quelle domage!  But it was very tasty and my guests, even those without major sweet teeth, cleaned their plates.

Next time, I may try just the crème pâtissière.  Or, better yet, one of my guests who lived in Hawai’i for fifteen years asked an auntie of his to share her recipe, which turns out to be from Sam Choy’s cookbook.  Reading it, it sounds much more like what I’m looking for.  I guess this calls for a second attempt.  Any volunteers to taste the results? 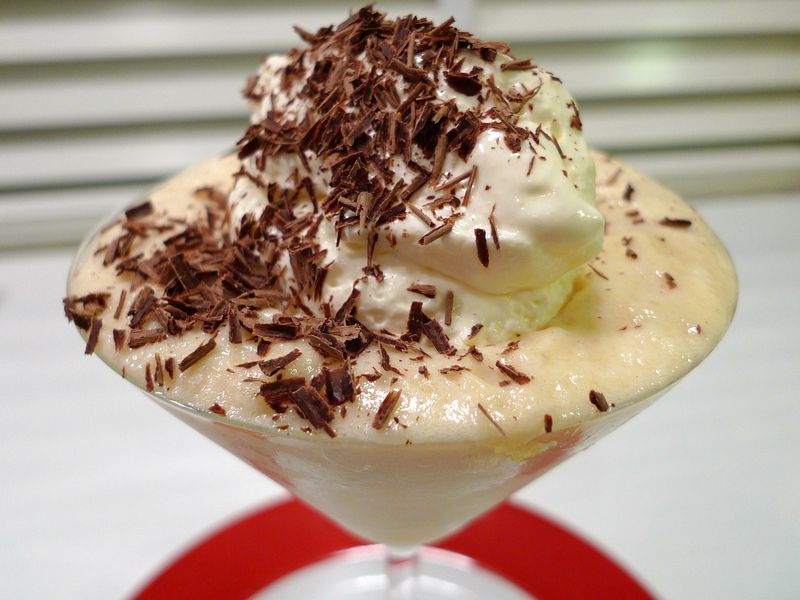 As for the filling in the martini glass, that actually made for a very pretty follow-up dessert the next few days, dressed up with a dollop of whipped cream and some bittersweet chocolate shavings. 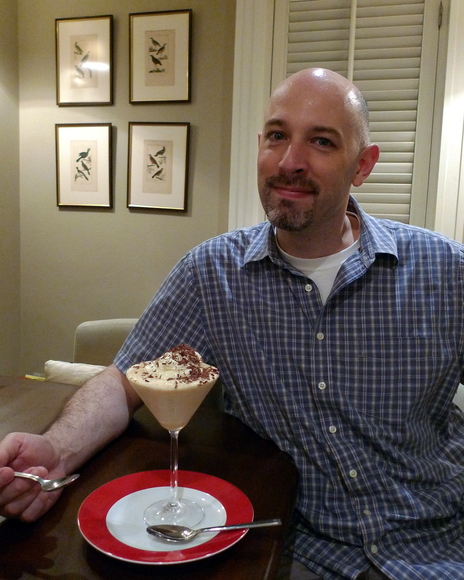 The chef didn’t seem too disappointed with the outcome!  I hope you all have a lovely weekend.