In high school I started learning about photography, buying a Minolta 35mm SLR camera and learning the techniques of exposure, composition, focus, etc. from a few friends who were very skilled.  In those days, of course, there was the expense of buying film and paying for developing and it wasn’t unusual for a roll to produce only one or two interesting images.

One of my interests was extended exposures: leaving the shutter open for a longer than normal length of time in order to capture multiple layers of light or a sense of motion.  This is a tricky technique because more often than not the pictures don’t turn out very well.  Additionally, a tripod is a must because taking these pictures by hand will result in too much blurring.

As I was pouring through the scanned images from those years, I thought I would share a few with you. 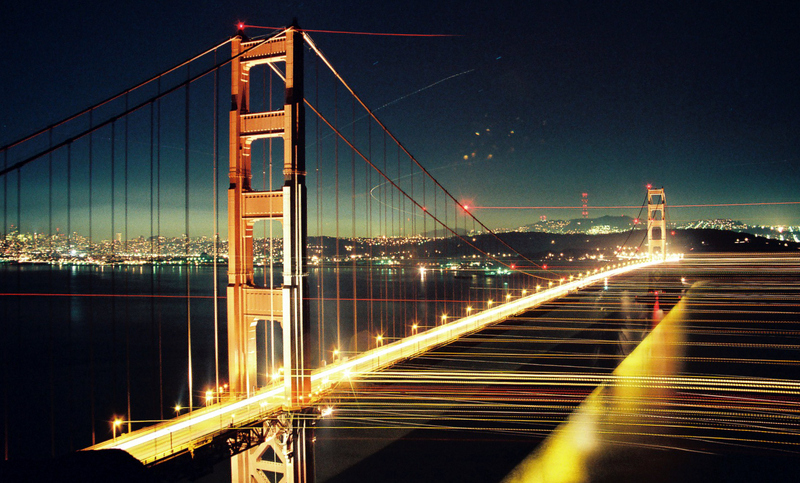 This shot was taken from the Marin Headlands just north of the Golden Gate Bridge.  Taking an extended exposure (manually locking the shutter in the open position so the frame of film was exposed for probably 20 seconds or so), I rotated the head of the tripod to produce this streaked effect.  Basically, I took the photo of the bridge, unmoving, for about 15 seconds and then slow rotated the tripod to the left for another 3-4 seconds to create the streaks. 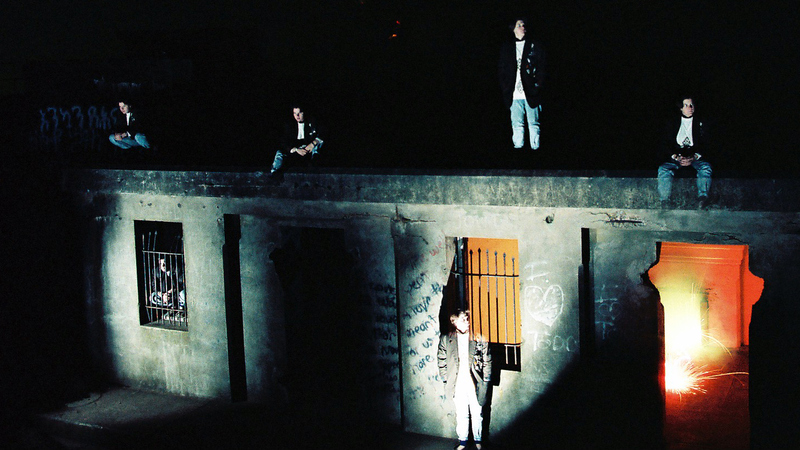 A few steps away from where I took the bridge picture is a set of old concrete bunkers, part of the extensive fortifications that lined the Marin Headlands.  Working with my partner in crime, Denise, we did a series of these extended exposures, some lasting a few minutes, that featured multiple exposures of us in different positions in the frame.  This took some planning and the roll was filled with failures.

The technique involved having the model stand or sit in one location and then the photographer would fire a hand-held flash at them to get the exposure.  Then we would move to another location and repeat.  We also set a small, controlled fire inside one of the buildings, putting a strip of rubber cement on a piece of foil and then lighting it.  While the flame looks large in the picture, that is only because of the cumulative effect of the extended exposure.  In reality, it was a very small flame. 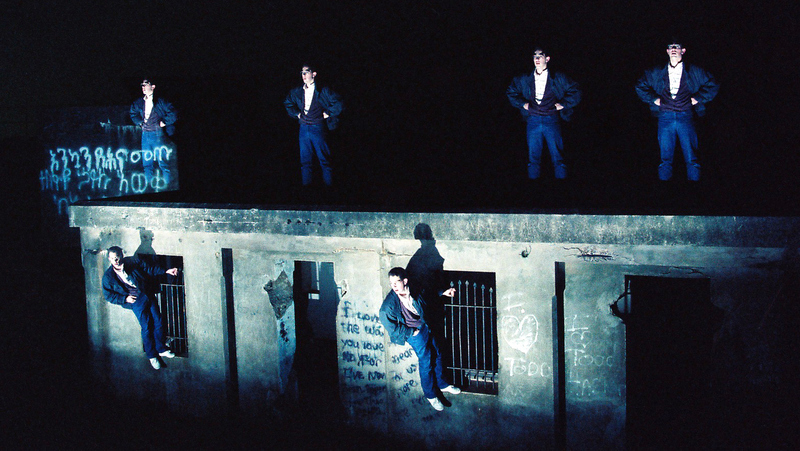 This photo features me and didn’t make use of the fire.  We did another series at the Rodin Sculpture Garden in Stanford, setting a little rubber cement fire in front of the “Gates of Hell” sculpture to create an interesting effect or flames and shadows.  Unfortunately, campus security arrived before we could get a decent exposure. 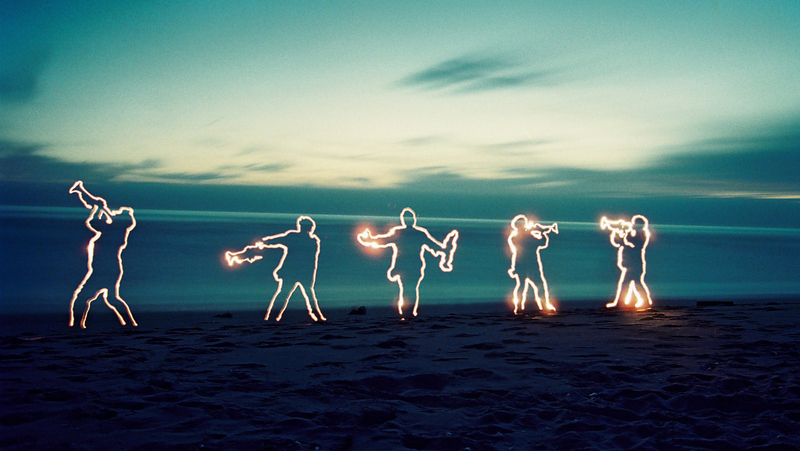 This photo was the interesting result from an evening shoot taken at the beach.  Denise brought a trumpet with her, something I don’t think she could play but it made for an interesting prop.  We took this photo nearly an hour after sunset and to our eyes the sky was fully dark.  But over the course of an exposure that lasted about two minutes, the faint light in the west built up, adding this dusk effect.  To get the lines, I used a flashlight to trace Denise as she posed with the trumpet.  The brighter spots are when the light was pointed directly at the camera and thus created a stronger exposure. 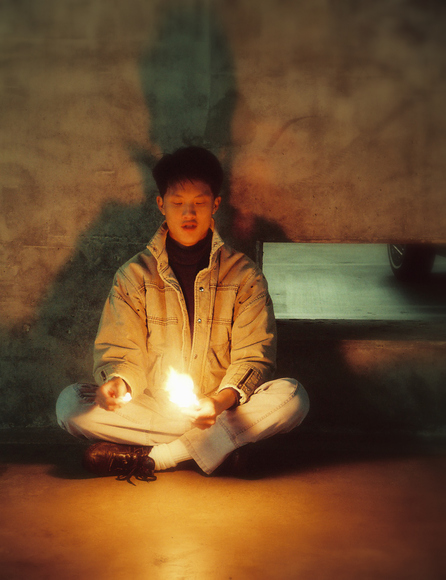 This final shot was made the same year, using my high school friend Allen as a model.  It was taken in a parking lot of the Anaheim Marriott Hotel and it was only a few seconds long, since there was a fair amount of ambient light.  He was holding a book of matches that he had ignited.  I liked the shadow that it produced and there was something Buddha-like in the pose and then the opening in the wall behind him was an interesting contrast.

Lest you worry about all of the use of fire, rest assured I wasn’t a pyromaniac.  Everything was done with a great deal of thought to safety.  Fire was just an interesting medium because with an extended exposure, it provides very dramatic light for the picture.

0 thoughts on “Fire and Light Part 1”