I’m neither a big TV watcher nor very up-to-date on matters of popular culture.  We don’t have cable and our TV can’t even receive the free broadcast channels.  But about once or twice a week, Tawn and I will watch an episode we’ve purchased from the iTunes store of True Blood, the HBO series about vampires living amongst humans in a small town in Louisiana.

Our friend Ken first suggested the series to us and we’re hooked.  I’m not sure why I find it so compelling – the cliffhangers at the end of each episode are a bit melodramatic – but there’s just something about the idea of vampires finally “coming out of the coffin” and living among human society that is interesting to me.

I also really enjoy Anna Paquin’s acting.  She’s a marvelous screen presence.  Since the first episode, I’ve wondered whether anyone else notices the resemblance between her and Holly Hunter, whose daughter she played in the 1993 film The Piano by Jane Campion.  Paquin won an Academy Award for Best Supporting Actress for her role in that film. 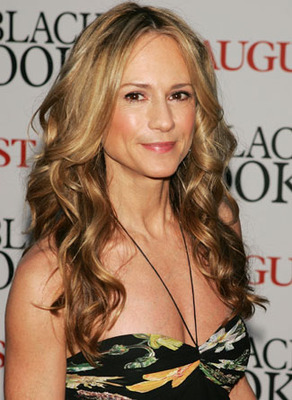 What do you think?  Is there a resemblance between Paquin (left) and Hunter (right) or am I the only one seeing it?  Or has this already been widely discussed in People Magazine and I’m just completely out of the loop?