In the past few weeks I’ve had to take several trips into the “old city”, the part of Krungthep (Bangkok) that is on or adjacent to Rattanakosin Island.  Located at a bend in the Chao Phraya River, Rattanakosin Island was created when King Rama I moved the capital of Siam from the west side of the river in Thonburi to the more defensible west side.  He ordered a canal dug running roughly north-to-south and thus turned this portion of the west bank into an island.

Many of the most famous sights in Krungthep – the Grand Palace and the Temple of the Reclining Buddha, for example – are located on Rattanakosin Island.  Of course you would be hard pressed to know it is an island as the roads cross the narrow canal so quickly and subtly that you just transition from one congested part of the city to another.  But, yes indeed, you are on an island.

Squeezed between Rattanakosin Island and Yaowarat (Chinatown) is the Phranakhorn neighborhood.  This is the location of the Old Siam shopping center, which houses three stories of shops specializing mostly in silk.  The alleys radiating through this neighborhood (especially the three blocks of Soi Sampheng) are a treasure trove of adventures, especially if you like shopping for fabrics and associated knickknacks.

Here are some photos I took in and around the neighborhood: 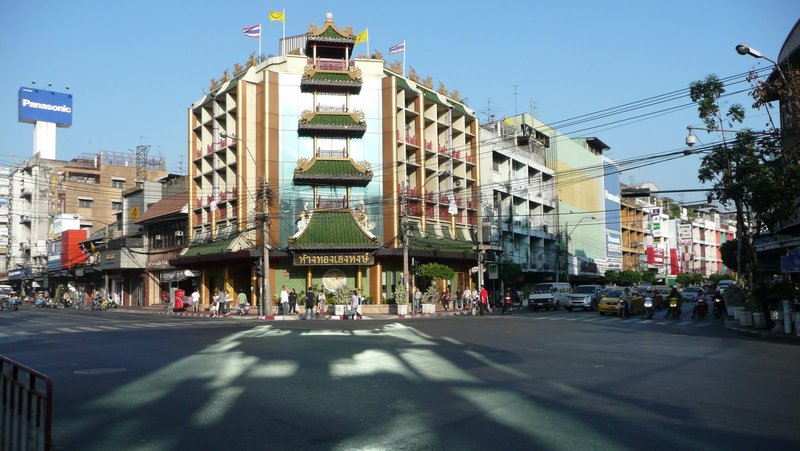 At one of the intersections on the edge of Chinatown, a surprisingly traffic-free moment.  That changed about two seconds later as the light going the other way turned green.  I think the light reflecting off the building created an interesting pattern. 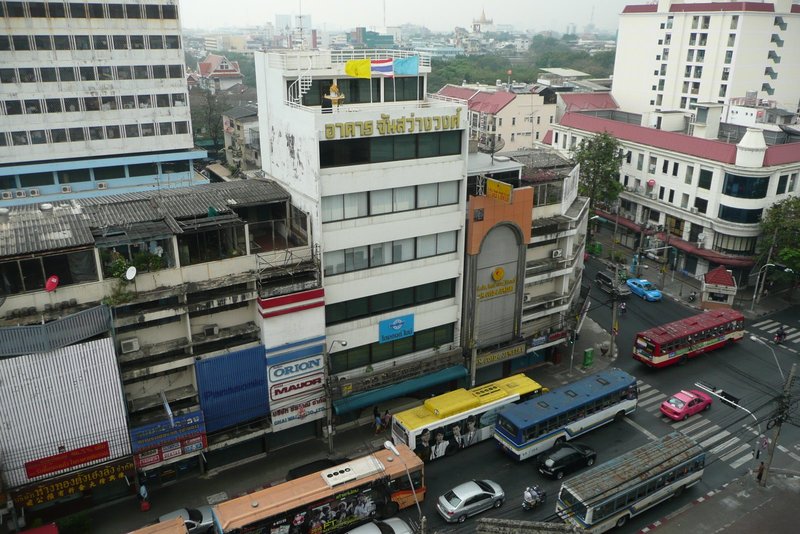 A typical corner in the Phranakhorn neighborhood.  You see traditional four-story shop houses alongside more modern structures.  Busses of many colors (the blue and red busses are not air conditioned) crowd the streets. 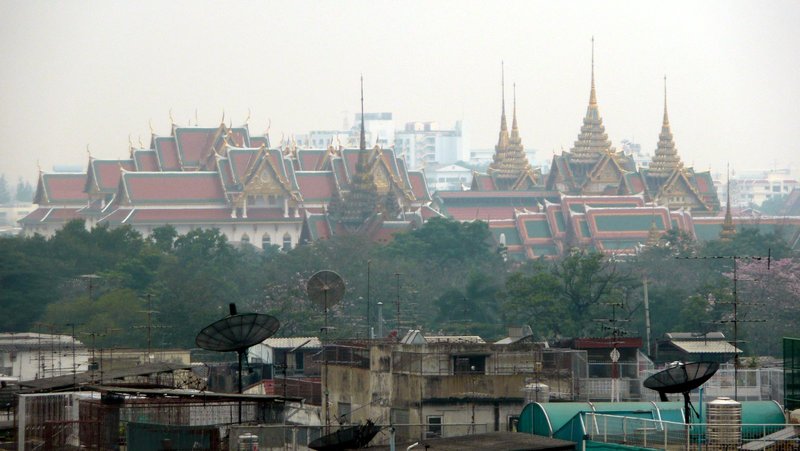 The car park at Old Siam (which I previously didn’t realize they had!) offered some hazy views of famous sights in the old city.  Here are the roofs of the Grand Palace and Temple of the Emerald Buddha. 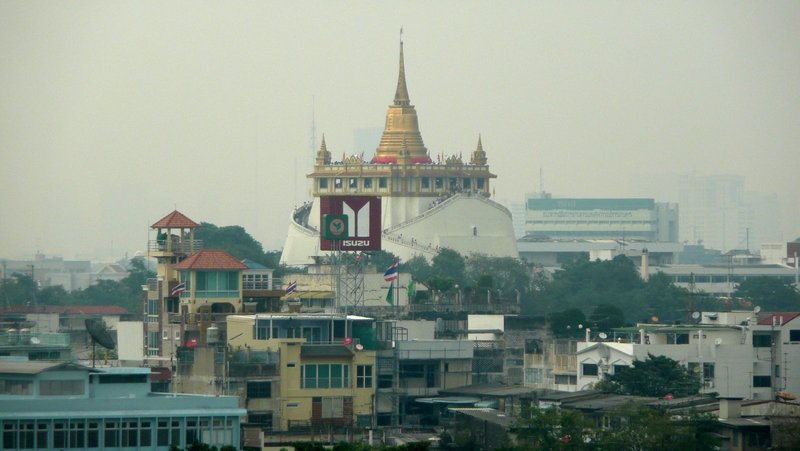 Turning almost 180 degrees, you can see Wat Saket, known as the Golden Mount, perched atop the only hill in the greater metropolitan area.  This man-made hill came into being early in the 19th century when King Rama III commissioned the construction of a massive chedi (pagoda).  Unfortunately, it collapsed.  King Rama IV had the remains built into a hill with another chedi (the present one) built on top.

For years before the advent of skyscrapers, Golden Mount was the highest point in Krungthep and visitors would visit to take in the commanding view of the city and to enjoy the breezes. 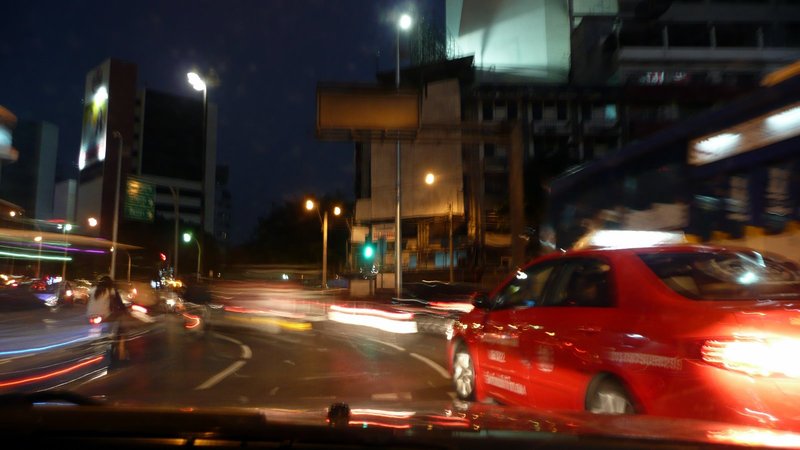 In the evening, driving back from the old city, this picture was taken just as the light turned green around the corner from the Hualamphong train station.

I hope you enjoyed the mini-tour.