Stephanie and I waited until after the New Year’s weekend to head up to Chiang Mai, hoping to avoid the crowds of Thais who would be up there in the search of cooler weather.  The crowds of foreigners might be lighter, too.  What we found surprised us.

Chiang Mai was deserted – no exaggeration, it was mighty lonely up there.  I spoke with several locals and the story I heard again and again was that this is the least busy they’ve seen things in many years.  Granted, the economy is bad and two years ago the airports in Bangkok were shuttered for a week as part of political protests.  Still, with the great value that Thailand offers and the nice weather in Chiang Mai, I was surprised at how quiet things were. 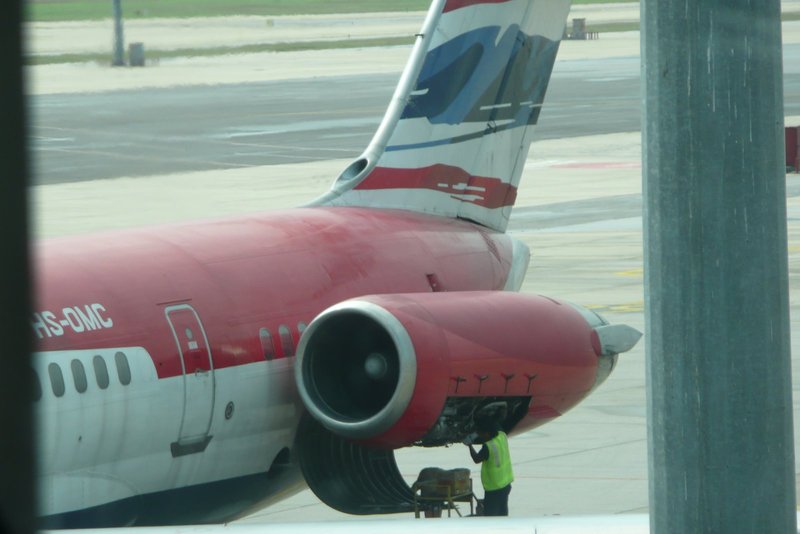 Things got off to a slow start as after boarding, we pushed back and fired up our engines only to be towed back to the gate because of an indicator light.  After ten minutes of poking around we pushed back again, only to be returned to the gate.  The pilot, an American, came into the cabin and apologized for the delay and indicated that they would have to have a closer look at something related to the oil system.  We disembarked and waited about forty-five minutes until given the all clear.  Above, a mechanic with a box of oil working on our engine. 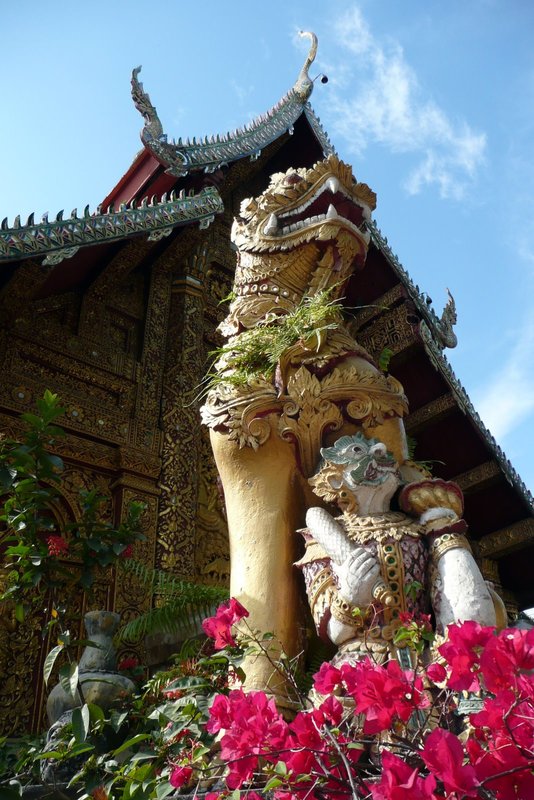 Chiang Mai started out sunny the first day with temperatures not too much cooler than Bangkok’s but at least a bit less humid.  Stephanie and I stayed at the Imperial Mae Ping hotel, one of the original high-rise hotels in the city but thanks to a remodel and the fine service of the staff, still a very nice place to stay.  Considering we paid just US$40 a room in the midst of high season, it was a steal.

There are countless temples in the heart of the city, which is very walkable.  We stopped by several of them, taking pictures and talking with people.  Everywhere we went, people assumed Stephanie was the Thai and would speak to her, only to be confused when I would be the one responding to the questions as she looked at them with a polite smile and blank expression.

At one temple, the patriarch of the temple, a saffron robed man in his eighties, was sitting in a plastic chair managing the work of several young monks.  He waved me over and we chatted for several minutes.  He was selling me on the unique attributes of his particular monk and an upcoming ceremony they would have.  “Come back and see it!” he said as I bid my farewell.