About a month ago, Gary wrote an entry which documented another of W’s culinary exploits.  The recipe in question was Crispy Parmesan Biscuits served with lemon butter, smoked salmon and rocket (arugula).  The photos turned out wonderfully (no surprise there) and since I’m a biscuit man, I decided to try the recipe.

When it comes to biscuits, there are many schools of thought.  I was raised on a rolled, buttermilk baking powder biscuit.  But I enjoy exploring other types.  This Food Network recipe is also has buttermilk and baking soda, but uses butter and olive oil instead of shortening, also has some corn meal in it, and is formed as a drop biscuit.  Different textures, to be sure.  It also has a hefty 5.5 ounces of grated Parmesan cheese! 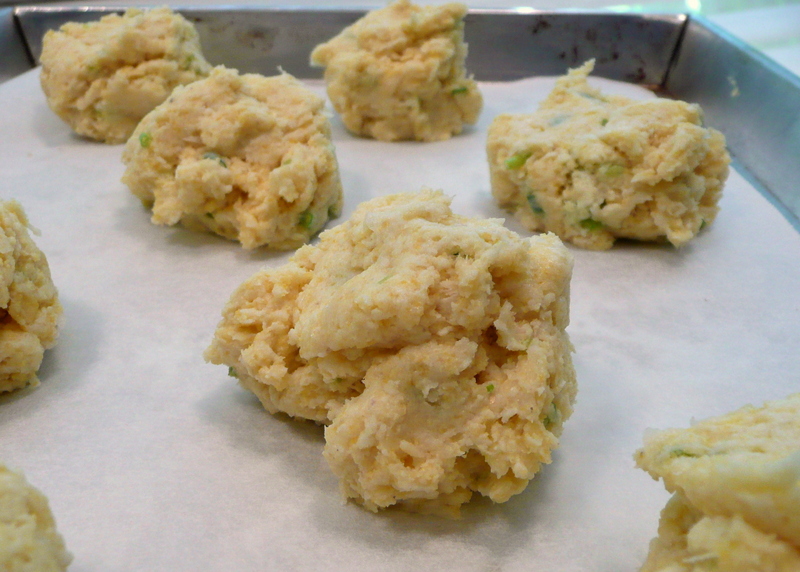 The precooked biscuits, with flecks of green onion, looked appetizing.  I wasn’t sure how large to make them.  I also didn’t know how much they would spread out so I baked them in two batches instead of one.  As it turns out, they don’t spread so much as they puff up, so fitting them more tightly on the tray would have been fine. 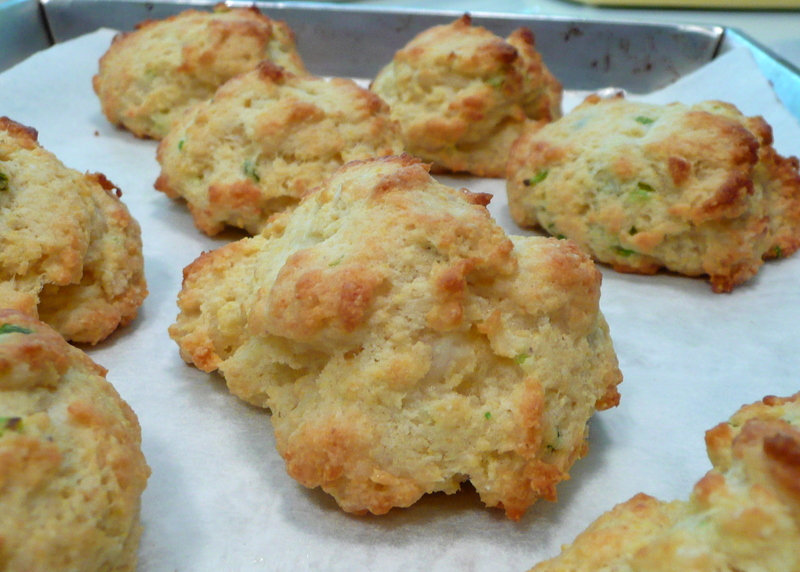 Fresh out of the oven, they had a lovely, cheesy smell.  I let them cool on a rack, as instructed, before slicing and making the little sandwiches.  While they cooled, I prepared the lemon butter, combining a healthy dose of lemon jest with softened butter. 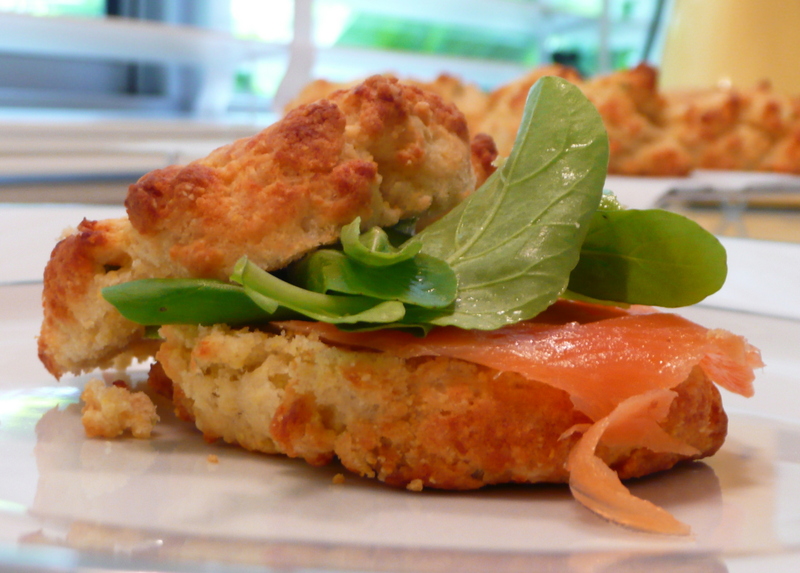 The finished product, probably a little skimpy on the rocket and the salmon.  They look great, but I have to tell you, they were a mess.  The biscuits are very crumbly because of the use of liquid fat and butter instead of a solid shortening.  Shortening = flakiness, butter = flavor + light crumble, oil = fine crumb.  Also, the biscuits themselves were oily to the point of being greasy.  I followed the recipe precisely, but wanted to stop and wash my hands after every few bites, they were so oily.

The flavor combination was excellent, though.  Parmesan and buttermilk, the zest of the lemon, fatty smokiness the salmon, bitter crunch of the rocket.  Wanting to perfect this, or at least get a heck of a lot better, I’m going to revisit this recipe in the next few weeks.  I’ll start instead with my biscuit recipe, and substitute in some of the ideas from the Food Network’s recipe and see if we can get something that has the same flavor profile but with more structure.

Stay tuned for the results of that…