Los Angeles is nothing if not diverse.  Driving back from Long Beach this morning we traveled alongside a convertible Corvette blasting a song in Spanish, a beefy middleaged man with a sunburned scalp showing through his thinning black hair sitting behind the wheel, singing along.  His vanity license plate read MSL MSTR and the frame explained: “Muscle Masters, Inc.”  Above the plate, the logo of the fraternal order of the Freemasons.  Where else but LA would you see this?

After dropping my boss at John Wayne Airport at 4:00 Friday, I met fellow Xangan Kenny at Starbucks and then we continued to Fashion Island in Newport Beach for an early dinner.

Since he doesn’t include an actual picture of himself on his site, I’ll respect that and show only the caricature he uses.  Suffice it to say that he closely resembles this cartoon.

We went to Cafe R+D (as in “research and development”) which is part of Hillstone Restaurant Group, the same chain that owns Houston’s restaurant.  The concept here is that Cafe R+D creates and tries dishes that will appear at other restaurants in the chain.  Based on their menu, I couldn’t identify anything that seemed like a trial dish.  Grilled fish, sandwiches, chops… nothing researched or developed. 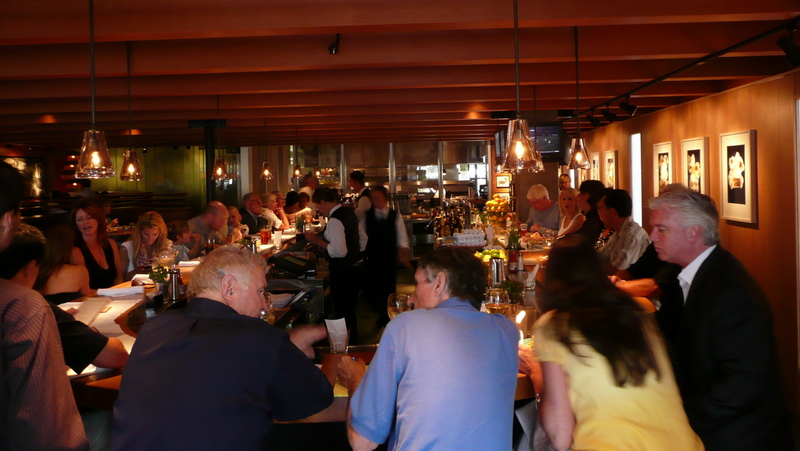 Nonetheless, the food was tasty and, nicely, the portions weren’t obscenely large. 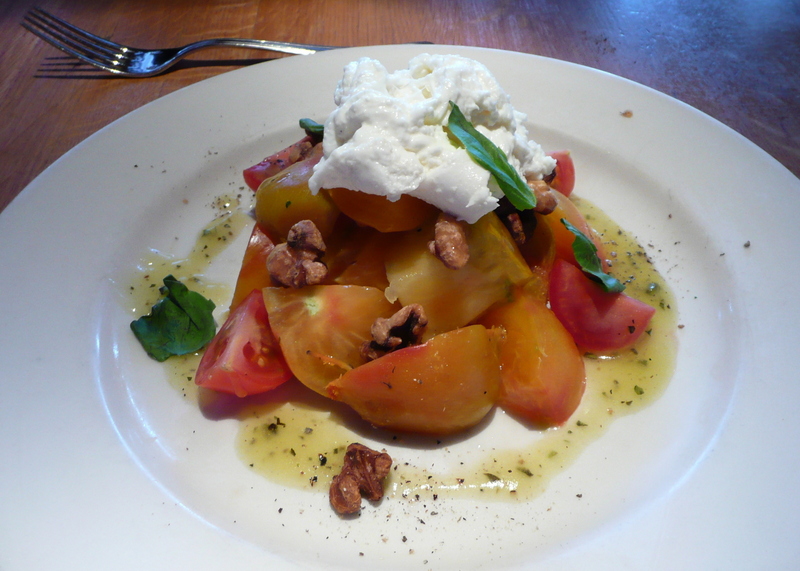 Appetizer of heirloom tomatoes and roasted golden beets served in a light vinaigrette.  A tasty, summery combination, I found the tomatoes a little mushy.  When the waiter enquired about the food, I told him this, resulting in a bit of an over-reaction.  He apologized profusely and said he would let the kitchen know.

A few minutes later the chef came out.  “I understand you were disappointed with the appetizer.” he said.  He apologized again and said he had taken the item off the bill.  I responded that I wasn’t disappointed but was only providing some feedback about the ingredients.  In fact, I said, it was neither expected or necessary to not charge us for the dish.  In either case, it was good that the staff takes customer feedback seriously. 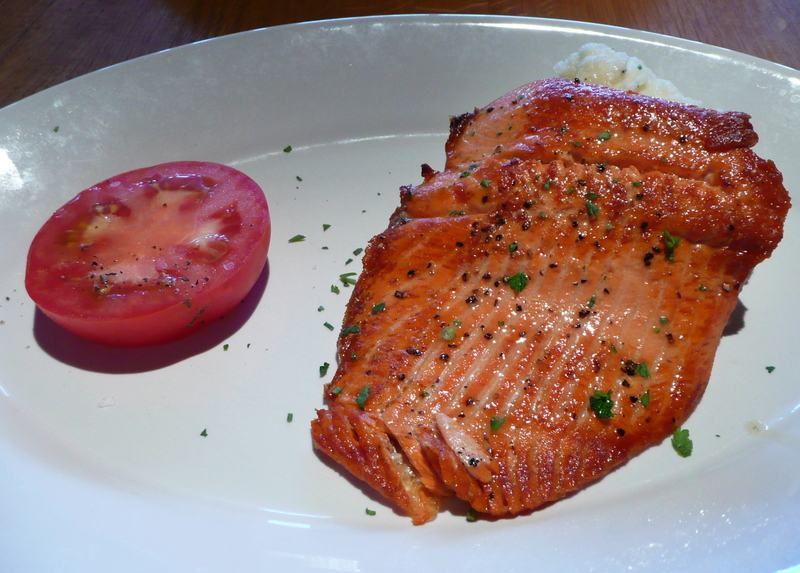 My entree was grilled Copper River salmon served on mashed potatoes with a slice of baked tomato.  It was tasty enough but was uninspiring. 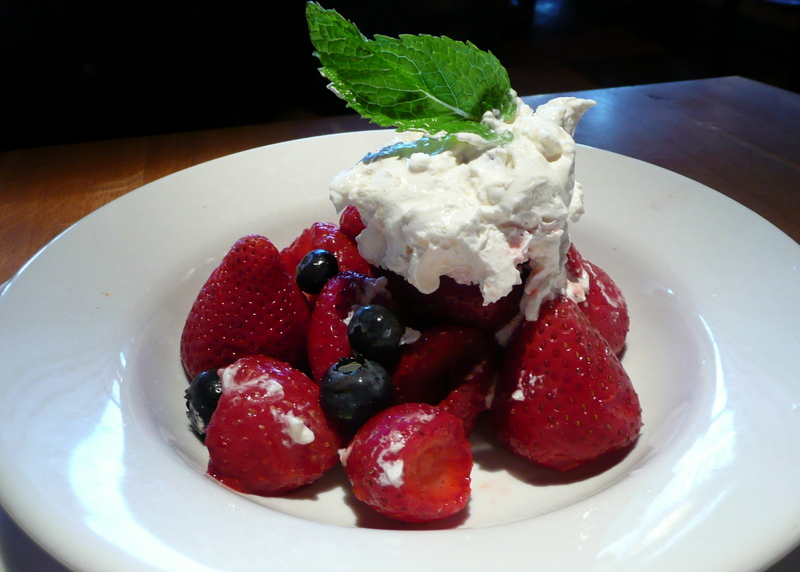 The dessert: fresh berries with whipped cream.  Very simple and very flavorful.  The whipped cream was a little too sweet but other than that, a winner.

The best part of the meal was the opportunity to meet Kenny.  Lots to talk about and always interesting to learn more about someone you only know virtually.  Let’s hope that he and his boyfriend, who do a lot of traveling around the world, will make a stop in Bangkok one of these days soon.