While I’m not normally one for reposting other’s writings, I felt this article might be of particular interest to you.  With all the fuss over the recent death and funeral of Michael Jackson, it seems that some important lessons have been lost and, worse yet, some of the wrong lessons have been learned.  A Singaporean friend shared this article, by Shravasti Dhammika, a Theravada Buddhist monk of Australian heritage who writes and speaks extensively about Buddhism, especially as it relates to modern life. 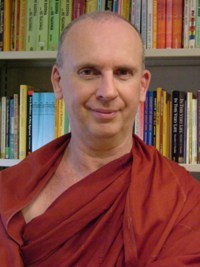 Now that the funeral is over I would like to make a few comments on the death of Michael Jackson. Some aspects of the whole business illustrate some interesting trends in popular culture. The first is what I call the exaggeration of emotion. Both here in Singapore and in reports in the foreign media I read expressions like ‘I am devastated’ ‘The whole world is in mourning’ ‘My family and I am in a state of shock’. Really? When I was in the Medical Corps in the army in the late 60’s I sometimes saw severely wounded soldiers evacuated from Vietnam, some of them in shock. Believe me, no one ‘is in a state of shock’ over the death of MJ. And the whole world mourning? I wouldn’t mind betting that a couple of hundred millions peasants in India have never he heard of MJ and even those who have are far more concerned about the fact that the monsoon is late. I suspect that hundreds of millions of poor villagers in South America, China and Africa have hardly given MJ’s death a second thought either, even if they have heard about it. Devastated? Now I saw devastated people on a recent news report of a bomb going off in an Iraqi market. None of the numerous reports I saw about MJ’s showed ‘devastated’ people. The problem with using absurdly exaggerated terminology to describe ordinary experiences, in this case a little bit of sadness, is that when something really shocking or devastating happens we don’t have adequate words to convey its true seriousness or impact. It diminishes it. This misuse of language also encourages people to ‘over-express’ themselves about what are actually rather commonplace events. Sobbing, huddling in weeping groups arms over each others’ shoulders, and gasping ‘Oh my God!’ over the passing of someone you have never met or even seen at a distance on stage, is completely inappropriate. It leaves you with nothing to do when some you are personally are struck by real tragedy.
Did you also notice that during the memorial concert and in the thousands of cards people wrote and left at the hall where it was preformed, that MJ was constantly addressed as if he were present. ‘We love you’, ‘We will always remember you’, ‘You enriched our lives’, instead of ‘We loved him’, We will always remember him’, etc. I find this sort of thing, very common in funerals nowadays, rather weird. And this is not just a matter of the proper use of language. It grows out of and reinforces a sort of pseudo-mysticism in which a vague sentimentality replaces more thoughtful idea about death and the after-life.
Another interesting thing about MJ’s passing is how quickly the recent deep concern and even disgust about aspects of his private life has been elbowed aside by an avalanche of accolades, A genuine and meaningful eulogy to him would include mention of his very real talents in some areas, his great generosity, but also the fact that he apparently made a mess of his life. On several occasions I read of or heard people say things like ‘His message will live forever’, as if he was some great prophet or spiritual teacher. I must say, I find this sort of thing to be the height of vulgarity. It also obscures an extremely important point. If MJ’s life conveys any ‘message’ it would have to be that talent, celebrity and unimaginable wealth do not guarantee happiness. The Buddha said, ‘Truly dire are gains, honor and fame. They are serious and difficult obstacle in the way of attaining true safety’ (S.II,226)

Bhante Dhammika’s interesting and thought-provoking writings, which are very accessible to Buddhists and non-Buddhists alike, are posted here.