Many cities in Asia try to trumpet their lively arts scene, positioning themselves as cities of culture on the pages of tour guidebooks and travel magazines.  The Big Mango is no exception.  Last week the Ministry of Culture launched the first “Bangkok … Bananas!!” contemporary arts festival. 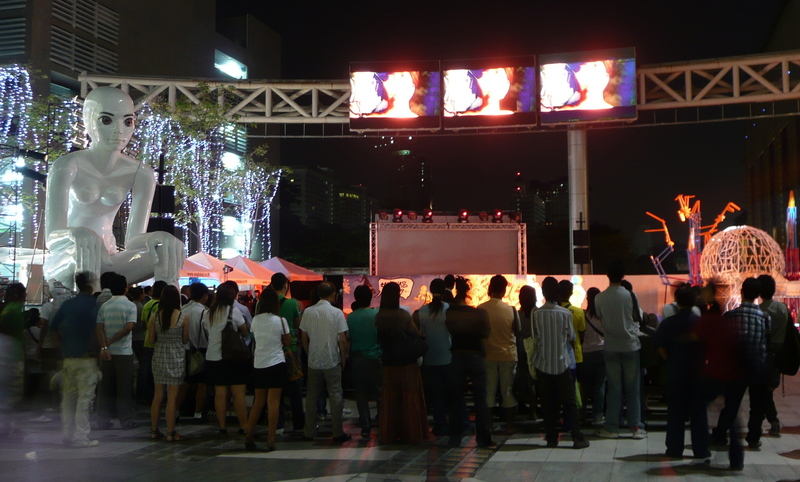 Above, a crowd gathers to watch a stage performance while a sculpture titled “Alien” watches them.

It was a combination of everything from live performance to sculpture installations to cinema screenings.  Interestingly, it was geared heavily towards Thais – i.e. no Thai subtitles on films or at live events.

It is great that Thais are getting more exposure to their own contemporary arts scene, something that is sorely lacking here.  But I think that, given the drop off of tourists (arrivals down some 30% year-over-year) caused by both the global economy and the ongoing political unrest here, Bangkok … Bananas!! is the type of event that could draw tourists.  The only thing is, you have to tell them about it and you have to make sure it is accessible. 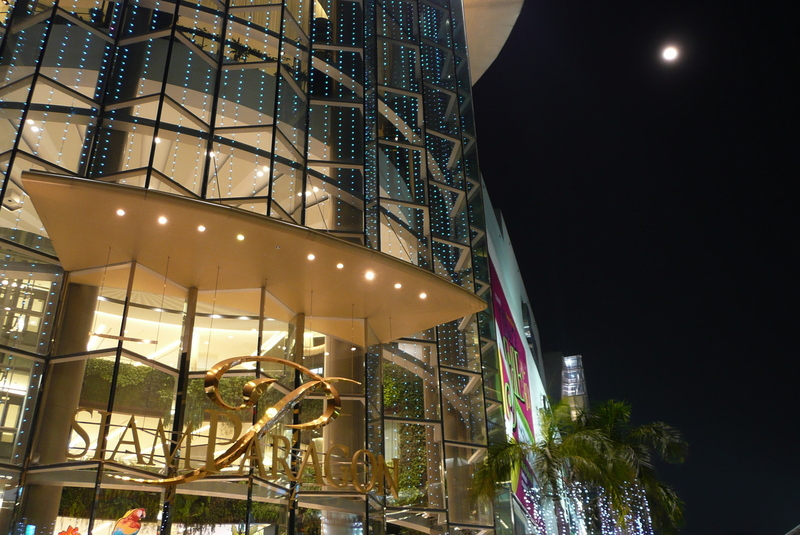 Nearly a full moon over Siam Paragon mall, site of many of the Bangkok … Bananas!! events.

In true Bangkok fashion, the setting for most of these art events was the shopping district – where Rama I and Ratchaprasong roads meet.  In fact, most of the staged events took place in the two public plazas located between three of the largest malls: Siam Discovery, Siam Center and Siam Paragon. 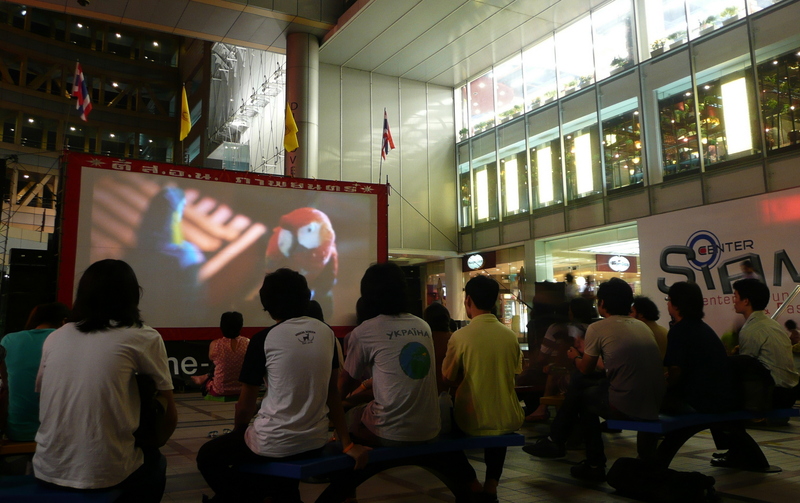 The best event, in my opinion, was the series of nightly film screenings.  These were done outdoors with a screen set up between two malls.  This is reminiscent of the history of Thai motion picture exhibition, which used to be done from the back of a truck that would travel from town to town, setting up the screen and showing the movies, the sound coming from a speaker on the top of the truck.

In fact, there was a restored movie truck, repainted with the name and claims of an old pharmaceutical company, as these were the usual sponsors of these village screenings.  Harking back to the old days, they had a classic Thai silent film one night, with veteran voiceover actors providing the dialogue live from a table at the rear of the plaza.

All of this was great fun, but largely unintelligble to me.  All the more sad because several of the films they showed were true classics of Thai cinema, films that are rarely seen and are not available on DVD. 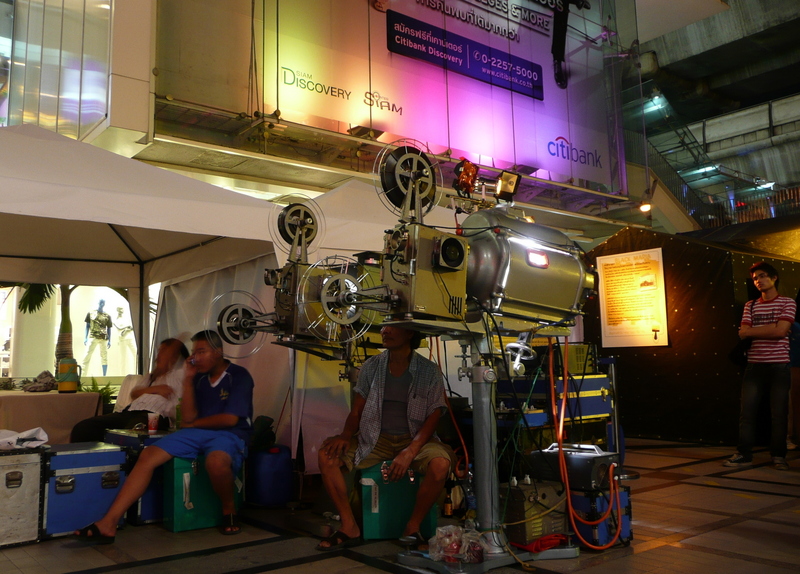 Of special interest to me were the projectors.  My first job was in a cinema and I spent 13 years working for the AMC Theatres chain.  So I was thrilled to see two classic 35mm projectors and watch the projectionists do changeovers at the end of the reels.