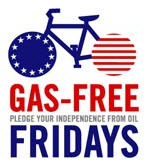 Here’s a concept the San Francisco Bicycle Coalition and other groups are promoting: Gas-Free Fridays.  As a way to reduce gasoline consumption, save money and help the environment, they suggest you park the car (i.e. leave it at home) and get around town via transit or, better yet, under your own power.

A really good idea and one that would benefit our waistlines, too.  I’m going to do my part, too, and leave the car at home today.  Unfortunately, my good intentions will be for naught.  Excluding the taxi ride to the airport (which runs on compressed natural gas, so maybe it is a bit cleaner), my 8,049-mile trip to San Francisco today will result in the emission of 3.92 tons of carbon dioxide, according to Carbonfund.org’s carbon calculator.  The cost to assuage my guilt?  $37.62 for the one-way trip.

After getting to this point in the entry, I realized that if I was going to wreak such havock on the world like some uncaring Titan, I had best own up to it and offset that destruction.  No amount of bringing cloth bags to the grocery store was going to offset almost 8 tons of CO2.

While I originally looked up the information just as content for this entry, I went ahead and offset the cost of my round-trip flight, although I realize now that I forgot to add the domestic flights.  Well, I can go back and do that.

Tawn continued mixing and matching outfits for his trip.  He appreciates the feedback and critiques you have provided.  Here are two final outfits: 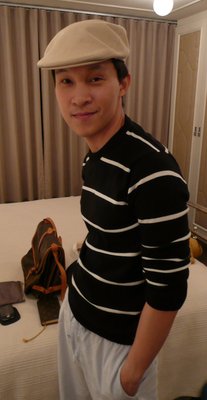 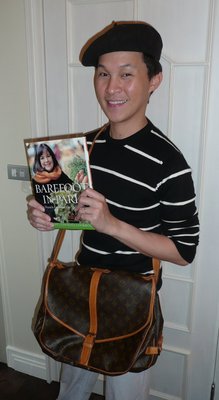 Final thoughts and feedback need to be received in the next few hours.

As a last note in this entry, I’ve discovered we have a small gecko living with us.  Normally he is in the bathroom, where I think he lives behind the toiletries cabinet.  But one evening this week he was running around the kitchen window.  This was the best picture I could get of him.  He doesn’t stand still for very long. 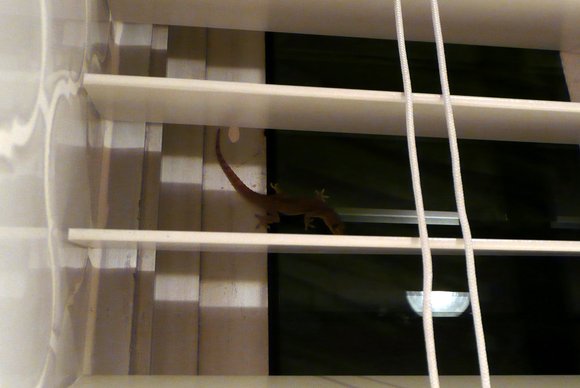 Tawn is freaked out by him but I appreciate the significantly fewer insects we have flying around.  Also, I notice the ant problem has diminished.  Perhaps he likes ants, too?

Finally, here’s a shot I took as we sat in traffic last weekend, emitting carbon dioxide and other foul fumes while running errands. 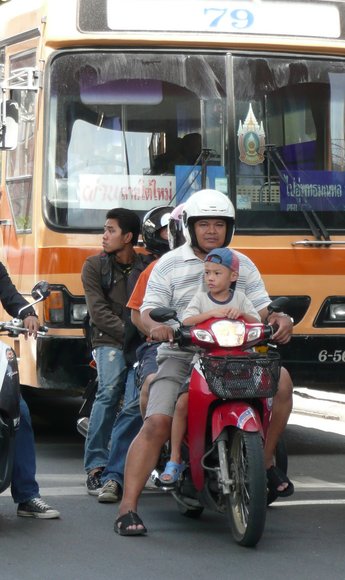 I think I should do a book of pictures of families on motorcycles.  Between here and Ho Chi Minh City, I could fill thousands of pages.

9 thoughts on “My Carbon-Neutral Flight”