There are strange things to be seen in this world, not the least of which was a recent event held at Siam Paragon shopping mall.  Yes, it is (I kid you not) the KFC Park of Happiness. 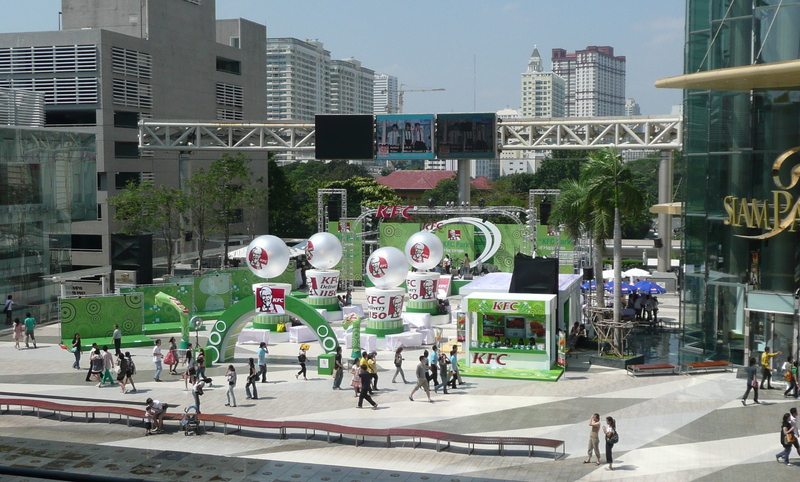 Lest you take the relative scarcity of people as a sign of Thai consumers’ anti-Western habits, rest assured that this photo was taken early in the day before the Park of Happiness was officially open.  It was plenty busy later on.

15 thoughts on “KFC Park of Happiness”