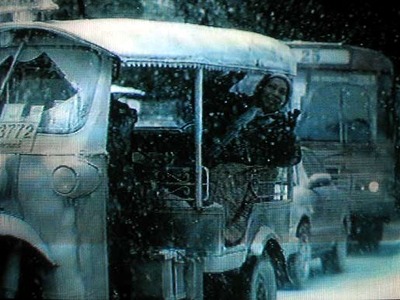 Those of you in more moderate climates might have to stifle a giggle, but the Thai national weather bureau is predicting a “bone-chilling” cool season.  Taken from The Nation newspaper from October 18:

It’s going to be cold in Bangkok

Suparerk Tansriratana-wong, director-general of the Meteorological Department, said yesterday he expects winter to be cooler than last year, particularly from December to January, when the mercury was likely to dip to 16 degrees Celsius.  [61 degrees Fahrenheit]  Just how cold it gets depends on how deep and how long the high-pressure systems from China cover Thailand, he said.

Winter had already come to many part of the country, he said, adding that the average temperature this year would be 1-2 degrees lower than usual, and cold snaps would last longer – at least one week.

Anon Sanitwong na Ayutthaya, director of the Southeast Asia START Regional Centre at Chulalongkorn University, also warned that temperatures would drop below what was seen many years ago after winter sets in next month.

“This is because the strongest La Nina index in 30 years will cause lower temperatures and a longer winter,” he said.

You may want to pack your bags and head over here.  Outside of the serious issue of people (especially in the more mountainous areas) not having sufficient clothing to protect from the cold temperatures, this should be a very nice winter to visit Thailand.

The picture at the top of the entry is from a Johnnie Walker Red Label television advertisement that played here in Thailand showing Khrungthep under a wintry layer of snow complete with people ice skating on the Chao Phraya River.  Needless to say, there’s not much of a risk of that happening.  The whole video is here: