Most people I’ve spoken to about the subject tell me that they experience jet lag more acutely when flying from Asia back to North America.  For me, that direction is a piece of cake.  It is the westerly travel that throws me off.

For my first three nights back in Khrungthep I avoided afternoon caffeine and naps, and used 25 mg doses of diphenhydramine to facilitate a full night’s sleep.  And each night at around 2:30, I wake up.  The back of my eyeballs ache slightly but the lids are not heavy; I’m awake.  For a half-hour I lie still, willing myself back to sleep. 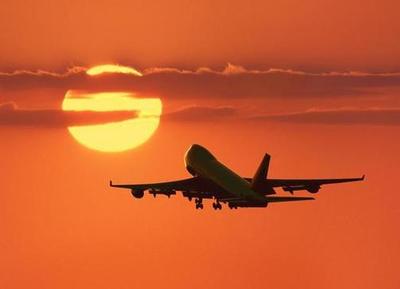 Finally, I get up and read a book for a while.  I’m reading The Time Traveler’s Wife by Audrey Niffeneger, which Roka loaned me.  The story of a woman whose husband has the uncanny knack of jumping around in time, unexpectedly, only leads to my further sense of detachment from my sleep deprived body.

Still not sleepy.  I turn on the computer and log into my employer’s virtual private network.  Check some emails, send some responses, impress the boss and colleagues that I’m working at this late/early hour.

After a pair of hours, I go back to bed.  Lay there for thirty, forty minutes.  Tawn turns over, props himself up on his elbows as if he were awake, rubs his eyes with his fist and then rolls over, still asleep.  Usually I’m the one who sleeps most soundly.

I get up again.

With any luck, I’ll get over my jet lag in about ten days or so.  They say it takes one day for each time zone you cross.  Depending on which way you are counting, I crossed 14 or 10.  That will be just in time for my return trip to the United States on the 28th.

Last night I spoke with Otto on Skype.  He sounds like he’s doing well.  He explained that it was his decision to pull down the open letter and he was not pressured by the Ministry of Education.  I detect a note in his voice that I interpret as him not wanting to appear as having backed down, combined with a note of surprise, a “shoot, I didn’t realize that this was going to balloon into such a big thing” as he explains that by the time he had pulled it down the open letter had received several thousand hits from around the world.  He is still receiving emails from people he doesn’t know from places he hasn’t been, offering their support.

I assure him that pulling the letter down isn’t the same as taking a step back.  “You addressed the letter to your friends and colleagues and wanted to come out to them.”  I said.  “You’ve succeeded; they all know now.”

10 thoughts on “A certain sort of jet lag”