This weekend Tawn has been in Hong Kong playing tour guide for his parents and another five aunts and uncles.  He’s the only person under the age of fifty-five and it is safe to say he’s being driven crazy.  We return there next weekend (very good promotional price on Cathay Pacific) and then he’ll get to do the fun things.

Having Tawn away for the weekend provides an opportunity for me to get some interesting perspective on our relationship dynamics, in terms of how we approach weekends.

Being raised a good Protestant, I’m all about getting things done.  A relaxing weekend is, for me, one in which all the errands have been completed, the laundry washed and folded, and still having time for a nice dinner or a movie.  That’s not the only definition of a relaxing weekend, of course: Tawn has another one.  But that’s the point of relationships, right?  We learn from people who have different expectations and values than our own.

Needless to say, on this weekend alone, I’ve managed to accomplish a whole lot… and of course there’s still a whole lot more than can be accomplished. 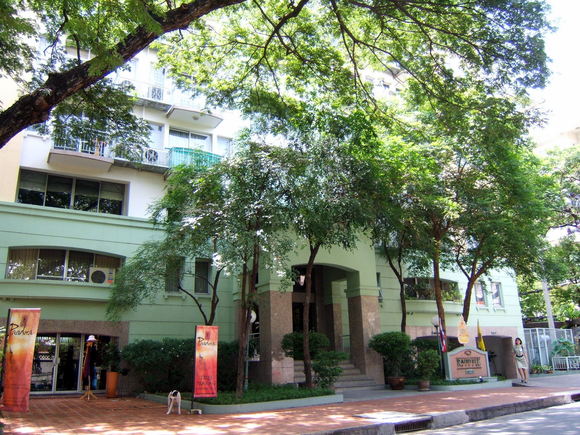 Saturday morning I went to the new condo and picked up the keys from the former owner.

Right: The front of the new condo – Raintree Villla on Sukhumvit 53.

It turns out that not only did she live in the Bay Area for a dozen years, but she also graduated from Lynbrook High School in Cupertino, one of the other high schools that was in the same athletic league as my own.  (Yes, I did play sports in high school.)  Since she and I are about the same age, it is entirely possible that we knew some people in common.

Over the next few weeks I’ll share more pictures and details about the remodel plans, but right now I’ll do want to share two happy discoveries I made Saturday:

Below: Running errands at Central World Plaza yesterday, I was struck (as I often am) by this juxtaposition of temple against mega-mall.  It seems to capture the ethos of modern Khrungthep and the way that tradition stands side-by-side with modernity in the most incongruous ways. 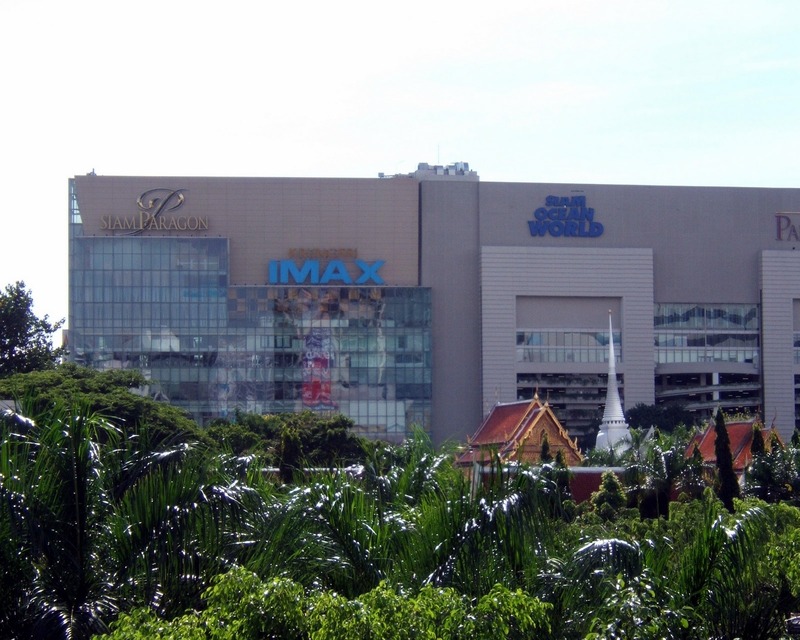