At 9:20 am local time the heads of the military branches and the national police appeared on TV.  General Sondhi read a statement mirroring what was announced last night:

We took over because of the increasingly divided and fragmented society, caused by Thaksin’s corruption.  We are loyal to His Majesty and will return power to the people as soon as possible.  Thank you for your cooperation and our apologies for any inconvenience. 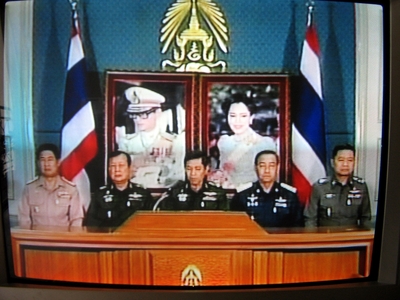 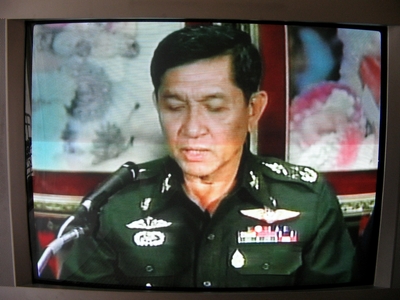 One of the morning programs “Puuying tung Puuying” (Woman to Woman – “The View” of Thailand without Star Jones-Reynolds) returned with the normally very relaxed women all sitting upright at a news desk, rather uncomfortably, with vaguely shocked expressions on their faces.