Perhaps we’re a bit behind the times here in Thailand.  This weekend, Tod and I (Tawn was at his parents’ hosue) caught a film that was part of the first New Zealand Film Festival.  The film, “The World’s Fastest Indian” was a bit of a surprise to me.  I hadn’t heard of it before and it appears that it opened in the US in February and enjoyed a modestly successful run.

Who knows, perhaps all of you in the States have already watched this film and nobody bothered to mention it to me. 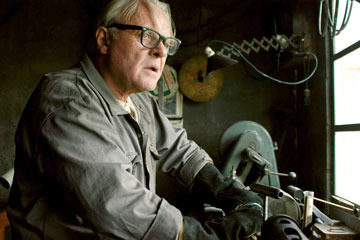 Anyhow, this true story is set in 1962 New Zealand.  Burt Munro, a quirky pensioner with a penchant for speed, takes a 1920 Indian motorcycle and without resources other than his own obsession and a Kiwi mentality, spends his retirement rebuilding the bike and following his dream to go to Speed Week at the Bonneville Salt Flats in Utah. 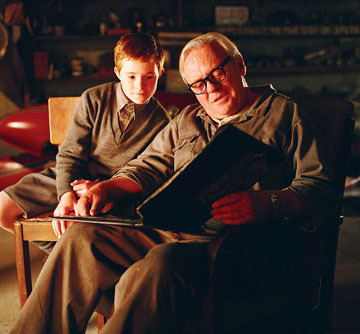 He is under-funded, without the support of a team and faces incredible odds.  Along the way from New Zealand to Utah Burt is helped by an incredible collection of people: his next-door neighbor’s son who believes in Burt even as his parents don’t, a local Kiwi motorcycle gang who beat him in a race along the beach, two initially-perplexed American immigration officials, a drag queen motel clerk in Hollywood, a Salvadoran used car dealer, a Native American elder, and a welding torch wielding widow.

Won over by Burt’s determination, humility, and sincerity, they all contribute to his journey and not only does he make it to Bonneville, he sets a national land speed record, not once, but again and again. 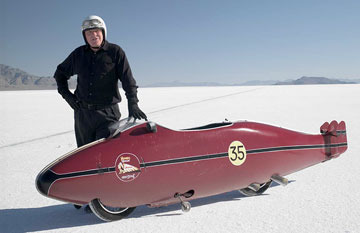 The film is magnificent: the story is compelling and well-written; the acting is top-rate; the cinemaphotography is skilled.  Tod and I agreed that it was one of the most enjoyable films we’ve seen in a long while.  Best of all, it is an inspiring story about following your passions and overcoming obstacles with perserverence and a willingness to make sacrafices.

If you didn’t get a chance to see it, add it to your Netflix list.  Totally suitable for all ages above, say, ten.