This morning I received a call from my sister, who on Sunday gave birth to my second niece, Ava.  While my sister has been released from the hospital, Ava is still in neo-natal intensive care.  It seems that she is experiencing a problem with the valve from her stomach into the rest of her digestive track.  Basically, the contents of her stomach aren’t draining as quickly as they should.

Doctors are trying different things, looking for a non-surgical solution.  One is low doses of a muscle relaxant, in the thought that the muscle that controls this valve may be spasming. 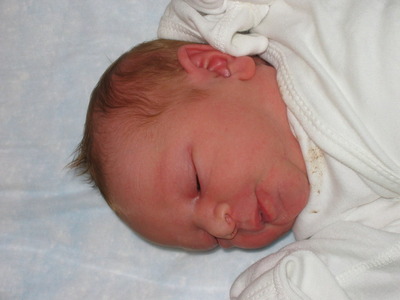 Another option is to go in for surgery, but of course this would be after non-surgical options are attempted.

While Jenn didn’t remember the name of this ailment, it is “not uncommon” in baby boys but is more uncommon in baby girls.  Nonetheless, the primary doctor handling the case has seen it before.

So that’s the factual side of things.  On the other side, Jennifer is worried, of course.  But at the same time, looking at the challenges that some of the other infants in ICU are facing, Ava is in much better shape.  It is frightening, though – you come to expect a perfectly healthy baby and you feel so powerless because there isn’t a thing you can do to help her.

Aside from that, Emily (niece #1 just a few days shy of 3 years old) is very unhappy that her mother hasn’t had much time for her as of late.  Without a doubt, she’ll face some continued disappointment at not being the center of the universe.  But she’ll get over it in time.  I’ll be there later in the month and will make it a point to spend some time with her so she knows how special she is.  And also, maybe take on some babysitting duties so Jenn and Kevin can get out of the house.

San Francisco continues to be unbearably cold.  The rains picked up again this afternoon after some beautiful sun and blue skies.  But the wind has been gusting all day and the windchill is now at freezing.  Yucky. 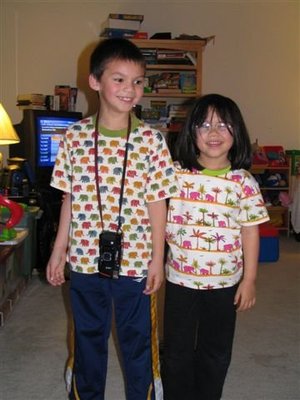 Brad sent a picture this evening of his two children, Evan and Cara, wearing the t-shirts from Jim Thompson Company that Tawn and I bought for them.  Trying to figure out what size t-shirts to buy was a major challenge, but it looks like the fit alright.  The theme: elephants.  What else?

I spent the morning working from Anita’s house on projects for IKON.  There is a major deadline looming over me and the documents I’m creating seem to take much more time and energy than I’d like them to.  But then, if I want them done correctly, I guess I have no choice but to put the necessary effort into them.

The afternoon was spent at the office of the SF Int’l Asian American Film Festival (click the link on the left side of this page to learn more) helping prepare for next week’s opening night.  The challenge of the day: we need to mount four slide projectors in the projection booths at the theatre so the sponsors’ slide can show on screen.

So this means we need some sort of stands on which to place the projectors.  Nothing pre-made seems to be meeting the unique space requirements of the Kabuki Theatres’ cramped booths, so I sat down with a pencil, straight edge, and paper and tapped into my long-dormant drafting skills.  The initial design, once I went to the lumber store to calculate costs, was a bit pricy, about $80 per stand.  A radical redesign, with less structural integrity, whittled the price to about $35 per stand.  Hopefully it is sturdy enough to survive a week.  I’ll construct them on Friday with the help of an intern. 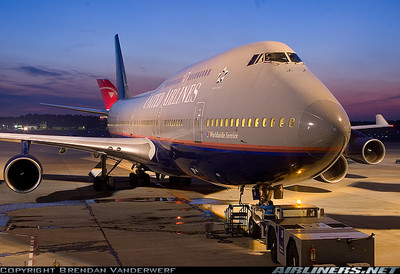 Really awesome photo of a United B747 at Narita on Airliners.net – small version of it is here but you can click here to go see the full thing.

Brendan Vanderwerf took the photo and not only captured amazing lighting and color, but also the clarity of the picture is amazing!

1 thought on “All’s Not Quite Perfect with Ava”